was born on 14 October 1883 in Wales at Llanmaes, Llantwit Major, Glamorgan, one of eight children of the marriage of the Reverend Daniel Evans to Caroline Jane Pole on 4 October 1877.

After school, Pole-Evans travelled to Canada to engage in a logging operation. While there, he saw an advertisement seeking a farm cadet in the Falkland Islands. This appealed to him and he was successful in gaining the appointment, which was to change the whole course of his working life. 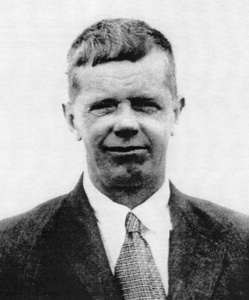 At about 21, he arrived in the Falklands in 1904 to join the isolated large sheep farm owned by James WALDRON, at Port Howard on West Falkland. He was fortunate to work under Edmund Mathews, a vastly experienced man in local sheep farming who had married into the Waldron family. Pole-Evans succeeded Mathews as farm manager in 1908 and never looked back, applying his own theories towards the development of the farm.

On 29 April 1916 Pole-Evans married Orissa Lewis at Christ Church Cathedral, Stanley, amid a large congregation. She came from a Patagonia Missionary Society background and was born at the Society's settlement at Keppel Island on 24 September 1893. Her mother died there two years later after childbirth and in the absence of her father in South America, Orissa was taken into care and later adopted by Mrs Orissa DEAN at Port Stanley. Here Orissa grew up to become a popular and widely liked person, which continued into her life at Port Howard. Pole-Evans and his wife had a great attachment to Port Howard over many years. 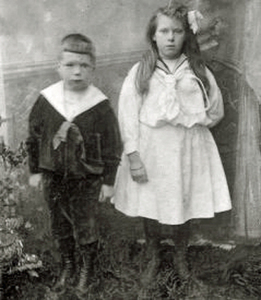 The Pole Evans had three children: Douglas POLE-EVANS (b1917), Audrey (b1918) and Anthony (b1919). A nanny/governess was engaged for their early welfare and upbringing. The two sons were sent off to the UK for further education, ending in attendance at agricultural colleges while Audrey married George Stewart locally in 1940.

Pole-Evans played his part in hosting the West Falkland Sports Association meetings, a highlight of the calendar when held over several days at Port Howard. As manager he represented his employer at the meetings of the Sheep Owners Association, a forum embracing local matters of common interest and unity with a history going back to the nineteenth century. In community affairs he was appointed JP for the Port Howard area, and subsequently awarded the OBE in 1937 for public service. 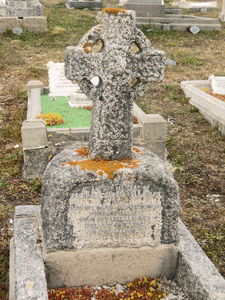 Two years later he entered LegCo serving there for ten years. In all, a strong and resourceful personality commanding much respect for his commitment to the Falkland Islands in both sheep farming and community concerns.

In 1936 the stock adviser to FIG, DSA Weir, wrote that most farm managers appeared to 'convey the impression that they look on Pole-Evans as some sort of Superman, whose efforts have exceeded anything that they would themselves be capable of carrying out...'

He retired in 1946 after 42 years service to be succeeded by his son, Douglas, who had been working alongside him since1936.

Pole-Evans and his wife continued to live on the farm until his death on 19 June 1952. He is buried in the cemetery at Stanley. His younger son Anthony also farmed, partly at Port Howard and currently owns Saunders Island in partnership with his own youngest son David. The family tradition lives on.