civil servant and businessman, was born in Stanley on 7 October 1919 to Napoleon Bound (the obvious source of his nickname) and Mary Anne Bound, née Hutchinson.

The family lived at Rincon Grande farm and later Saunders Island, but returned to Stanley in the late 1920s, seeking a better education for Nap and his older brother John (who also became a senior and respected civil servant). 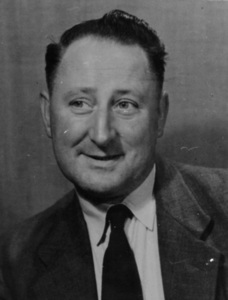 Nap Bound left school at 14 and became a government messenger. By 1937 he was a clerk in the Treasury and Customs department; a minute sent to the colonial treasurer described him as 'a young man of promise'.

On the outbreak of War in 1939 he joined the Falkland Islands Defence Force, spending alternate two-week periods on 'outpost' and back at his desk in the Treasury. Promoted to sergeant and trained as a signaller, he operated Aldis lamps and the obsolete heliograph system. After military service he rejoined the Treasury full time. 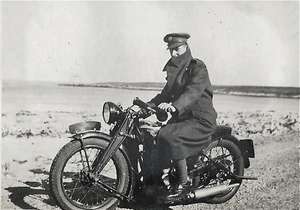 Nap Bound during WW2 on FIDF...

In April 1951 Bound married his Treasury colleague Joan Biggs and they immediately left for Gibraltar where he was seconded to the governemnt, travelling aboard the RMS Fitzroy and RMS Andes.

Back in the Falklands, they had two sons: Michael (Mensun) (b1952) and Graham (b1957). Bound's career was going well: for a period he had sole responsibility for the collection of income tax and later he was given the relatively senior acting post of assistant treasurer.

In 1955 he was appointed acting assistant colonial secretary. In February 1957 he succeeded EW Enestrom as postmaster. It was something of a dream job for him, as he had been a serious philatelist since his childhood. In January 1960 he was appointed assistant colonial secretary, taking over from his brother John Bound, who had been appointed superintendent of post and telecommunications. The duties of ACS also included those of clerk of councils, preparing the agenda, papers and bills for both Legislative and Executive Councils. 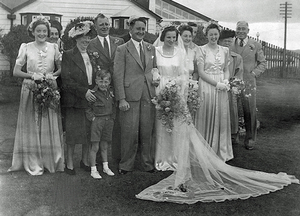 Later - and largely from interest rather than for the small salary - he also took on the role of film officer, managing the considerable library of feature films imported by the government for viewing in Stanley and on the Camp stations.

He was appointed a Justice of the Peace of the Stanley Bench in 1963.

In 1966 Bound was directly involved in one of the most remarkable chapters of Falklands history. With the governor in the UK for consultations and the colonial secretary on leave, he and fellow Falkland Islander Les GLEADELL were, respectively, acting colonial secretary and acting governor. The two Islanders found themselves at the helm when Argentine nationalist guerrillas, calling themselves the CONDOR Group, hijacked an Aerolineas Argentinas Douglas DC4 airliner. They ordered the crew to fly them to Stanley, and with no airstrip the pilot made a skilful forced landing on Stanley's racecourse. As the emergency unfolded, Gleadell and Bound cabled Whitehall, describing the event as 'air piracy'. They received an unhelpful reply suggesting that they should use their own initiative. Fortunately, there seemed to be plenty of that, and a two-day siege of the aircraft co-ordinated by the few Royal Marines attached to the Defence Force ended in the Condor Group's surrender. 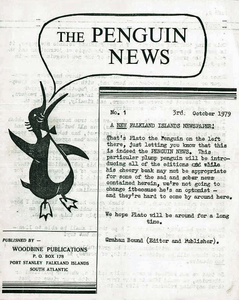 First edition of the Penguin...

Bound was awarded an MBE in January 1970, when his health was deteriorating. Serious childhood asthma had returned, combined with a developing heart condition. On 29 December 1972, having suffered a heart attack, Bound wrote to the chief secretary, Tom LAYNG, requesting early retirement. ExCo agreed this and Governor LEWIS wrote thanking him for 'sterling service during your long and distinguished career'. The governor especially valued his support as acting colonial secretary 'at a particularly difficult time in the affairs of the colony'. Retirement from government was not an end to public service.

Bound was nominated to LegCo and spent several relatively uneventful years as a councillor. More satisfying was his renewed involvement in philately as a member of the Stamp Committee, which guided policy on the issuing of stamps. Stamp sales were still a major source of revenue. 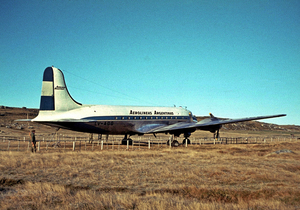 Bound had a heart bypass operation in 1976, and for a while enjoyed much better health. He worked closely with his wife on their retail business. The shop began life selling books and magazines, but rapidly developed into clothing, outdoor equipment and many other lines, challenging the virtual retail monopoly of the Falkland Islands Company.

Along with his compatriots, he endured the Argentine invasion and occupation, writing letters about the occupation and the fighting which were subsequently published. At 64, however, Bound, was looking forward to real retirement and spending more time fishing and visiting Britain and Spain. But this plan was dashed in 1985 when, while in Britain, he suffered a heart attack and died.