explorer, was born in London on 1 August 1867 the son of Samuel Noble Bruce and his wife Mary (Sara), née Lloyd.

His father was at that time working in London as a physician, as William's grandfather had moved south to London in 1851 and Bruce went to Norfolk County School and then on to study medicine at London University. This was a result of his father's pressure because his real interest was in natural science, to which he had been introduced by Professor Patrick Geddes during his holidays. 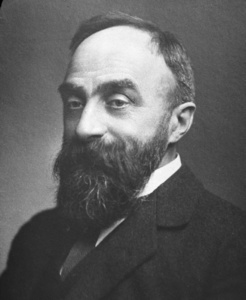 He quickly changed from London to Edinburgh so that he could study biology and oceanography under Geddes. Bruce also became involved in the research which was being carried on in Geddes's floating laboratory in Granton Harbour on the Firth of Forth, appropriately known as 'The Ark'.

His residence in Edinburgh brought him into contact with two people who would influence his life enormously, firstly HR Mill, later the distinguished librarian of the Royal Geographical Society, and secondly, WG BURN-MURDOCH, a painter, with whom he shared a room. It was Burn-Murdoch who persuaded him to go on the Balaena expedition. 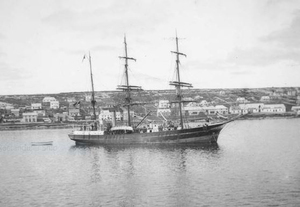 The Dundee whaling expedition of 1892-3 (Balaena) confirmed Bruce's interests in Polar regions and their biology and oceanography. It was on this expedition that he made his first visit to the Falkland Islands. In his book From Edinburgh to the Antarctic Burn-Murdoch wrote some very vivid accounts of life on the Islands which he described as 'very homely and just like Shetland'. The bird life made an enormous impact on Bruce as did the large number of wrecks lying in the harbour which all told 'of some storm, gale and narrow escape - the dismal side of sea life'. As the Balaena was the first of the four ships to arrive Bruce had time to do some research, and Burn-Murdoch describes him as 'disappearing with flowing mackintosh, vascular, geological hammer, Jaeger snow cap and shooting boots - the perfect Antarctic pytheas'. There is another vivid description of Bruce playing his pipes in a potato patch. The Balaena returned again to the Falkland Islands on 27/28 February 1893 when Bruce was amazed to find himself eating gooseberries and redcurrants in February. The expedition was a slight disappointment to Bruce as whaling very much took precedence over science.

On his return to Scotland, Bruce applied for the job of assistant meteorological observer at the meteorological station placed on the summit of Ben Nevis. He left this job when, in 1896, he was asked to become a member of the Jackson Harmsworth expedition to Franz Josef Land, which was then in its second year. Arctic exploration was very much in fashion and this fashion spread to the Antarctic as a result of the Sixth International Geographical Congress in 1895. The next seven years were to see seven major expeditions - two English, one Swedish, one German, one Belgian, one French and - thanks to Bruce - one Scottish. 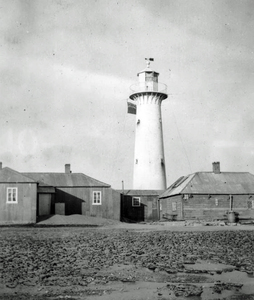 When Bruce launched the Scottish National Antarctic expedition, it was highly disapproved of by the Royal Geographical Society in London and no finance was forthcoming from the British Government. Bruce therefore was financed more or less entirely by the Coats thread manufacturing family, who won immortality with the discovery of Coats Land. The Scottish expedition was extremely well planned and highly successful in achieving its scientific objectives. It cooperated closely with Drygalski and NORDENSKJOLD to make sure they did not overlap on research of oceanographical and meteorological matters.

During the Scottish expedition Bruce visited the Falkland Islands again, firstly from 30 December 1902 to 26 January 1903. The account of the expedition makes little comment on the Islands except to mention the tremendous help they received from the Royal Navy's ships Cambria and Basilisk and the high price of coal. Bruce returned to the Falkland Islands with the Scotia on 2 December 1903, staying until 9 December. He again commented on the great help he received and the kindness and hospitality and on the smell of burning peat which hung in the air and made many of them feel at home. 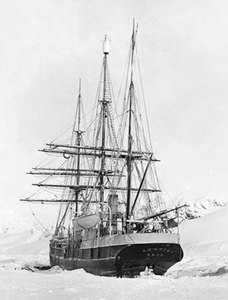 Scotia best in ice at Laurie...

On his return to Scotland, Bruce immediately set up an oceanographic laboratory at Leith, modelled on the one set up by his friend the Prince of Monaco, in Monaco. But he was completely captivated by polar exploration and he proposed the crossing of the Antarctic continent in 1910/11. Finance was not forthcoming but the idea was taken up by Ernest SHACKLETON who was at that time secretary of the Royal Scottish Geographical Society. The rest of Bruce's life was spent in arctic expeditions, leading a series of visits up to Spitzbergen. He formed the Scottish Spitzbergen Syndicate whose purpose was to try to extract coal commercially. This was not a success.

Bruce married Jessie Mackenzie in 1901 and they had two children: Eillium Alastair (b1902) and Sheila Mackenzie (b1909). He wrote a large number of articles on polar themes as well as the seven-volume report on the scientific results of the Scotia expedition. 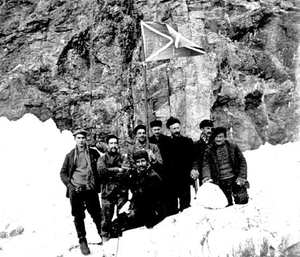 Planting the Saltire on Saddle...

He died in Edinburgh on 28 October 1921 and was remembered by all those who knew him as a man of exceptional kindness. His philosophy of life was 'to lift the veil from the unknown, to add to human knowledge in the belief that all knowledge is of value'.

See:  The papers of William Spiers Bruce - held at the Univeristy of Edinburgh Special Collections