Tabernacle minister, was born on 29 July 1913 in Glasgow, the son of Andrew Alexander McWhan and Mary, née Forrest. He came to the Falkland Islands in September 1934 as an 'independent missionary' after training at the Bible Training Institute in Glasgow. The Tabernacle (later named the United Free Church of the Falkland Islands) had been without a minister for 18 years and McWhan, with his 'hands on' style of ministry, soon built up a flourishing congregation of faithful believers. He introduced a children's Sunday School, prayer and Bible study evenings, a weekly meeting for mothers and toddlers and a sewing group. He formed a choir and organised regular winter 'magic lantern' slide shows and variety shows consisting of songs and poems, music on accordion and piano, shadow shows and small sketches (which he wrote himself). He instigated an annual 'bazaar': goods such as hand-knitted clothing, home-made cakes and garden produce, particularly valuable when such items could become unobtainable in the shops, were sold in aid of church funds. The two-night bazaars ended with suppers for sale to the general public. McWhan also organised annual picnics to nearby beaches for choir members, and Sunday School children and helpers. 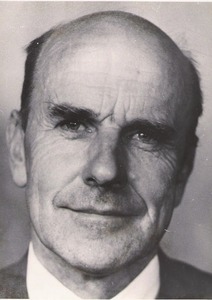 As a young man McWhan had lived in Duns in the Scottish borders and was a member of the Church of Scotland; while on leave in 1941 he was ordained a minister of that Church. Once he had placed the Tabernacle on a firm foundation, he gained financial assistance from the Church through its Colonial and Continental Committee. In 1945 McWhan took temporary charge of the Cathedral in Stanley while there was no priest-in-charge: in fact Bishop WELLER offered to ordain him an Anglican minister and give him charge of the Cathedral, but he declined.

McWhan was active in the wider community of the Islands: weekly visiting in the hospital and regular visits to the homes of Stanley, irrespective of whether residents were members of any church, were high priorities for him, as were his frequent visits by boat and horseback to farms outside Stanley. McWhan was chaplain to the Boys' Brigade. He served on the overseas scholarship selection committee of the colony which recommended students to be sent for further education to Uruguay and he was entrusted with the care of the first boys awarded a scholarship to a grammar school in Britain, and travelled with them for the long sea voyage in 1952. 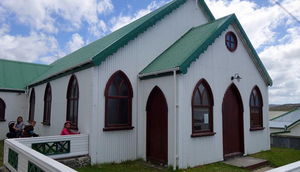 McWhan was a nominated unofficial member of LegCo and was active in the welfare of the elderly, being instrumental in changes to the law relating to the payment of old age pensions.

During World War II, McWhan was commissioned into the Falkland Islands Defence Force as a chaplain.  He was a familiar figure among the naval ships based in the Falklands and was serving on board the flagship of Commodore HARWOOD just before he sailed to encounter the Graf Spee in 1939. In 1942 he was appointed Free Church Chaplain to the 14th battalion of the West Yorkshire Regiment. He was a colony information officer and a member of the committee which censored mail. Nearly every day McWhan took an early morning swim in the harbour.

McWhan was also well-known and greatly respected by the leaders and members of a succession of expeditions to Antarctica. His own contribution to the geography of the South Atlantic brought him an FRGS. In 1948 McWhan was awarded an MBE for conspicuous public service to both the community and the armed forces. In 1967 after his death, the government's coastal vessel, in a unique tribute, was named M/V Forrest in his honour. 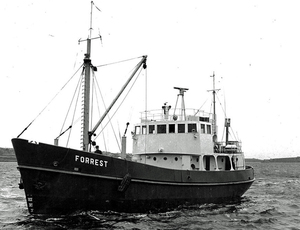 In 1944 McWhan resurrected the Colony's weekly newspaper and, for a number of years, was its editor. The Falkland Islands Weekly News, with an annual subscription rate of 12 shillings, published government gazette notices, sports news, church information, war news and local advertisements. Wishing more people to 'come and see for themselves', McWhan wrote The Falkland Islands Today, in 1952: it clearly demonstrates his knowledge and commitment to the Islands. He also wrote two religious booklets, Fact Finding from the Bible and Just a Minute. In the 1950s he gained a Doctorate of Divinity by correspondence and thesis from an American university.

McWhan married Nellie Ennenga in Stanley on the 19th March 1940: she was the daughter of Jessie Bartram, an elderly widow who ran the boarding house in which McWhan lodged. The McWhans had no children. 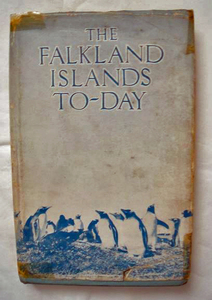 While on leave, McWhan died suddenly of cancer at the Royal Infirmary, Falkirk, Scotland on 25 August 1965. He is buried in Duns. His wife returned to the Islands, and died some ten years later in Stanley where she is buried.

For virtually the whole of his adult life McWhan served the church and community of the Islands. He was greatly loved, treating everyone with respect and affection. He was a humble and gracious man, a person of few words and a serious disposition, often appearing to be deep in thought. He was generous and unstinting with his time, a man with high standards for himself, and also for his 'flock' who knew to expect a visit from him if they missed Sunday church. Many people still remember McWhan in the form of stories: how he 'was always at Tab and in and out of our home'; how he upset a farm manager by spending the night in the wool shed after he had missed the launch back to the boat; how he became lost on a walk from Darwin to Stanley and worried the authorities; how he 'was like a father to me'; how he would not welcome intoxicated people into his home. Such stories provide a glimpse both of the man's independent spirit and also of the great love that McWhan had for the people of the Falkland Islands. The re-establishment of the Tabernacle from small beginnings to a strong Christian congregation makes McWhan himself a success story.