His father died of TB before his son was born in 1910 and his widow emigrated to Brooklyn, New York where Nils Erling spent his first years, returning to Sandefjord at the age of 12. His foster father was a coppersmith, who delivered goods and services to the expanding whaling industry and in 1927, Olsen boarded the whale factory ship Southern Queen. This ship was sunk by ice in the Southern Ocean in February 1928, but he continued working as a whaler, and like many Norwegians, made the industry his career. 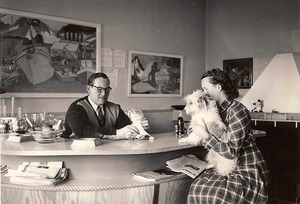 In 1935 he married Mabel Augenie Lien: they had two daughters, Unni Rigemor (b1936) and Sissel Olette (b1950) and a son Nils Eivind (b1941). Olsen was a family man, a loving and careful father and husband. He and his wife created a good home for their family and Mabel and their eldest daughter were to spend one season with him in Husvik.

In 1938, Olsen passed his final exams with the best results ever achieved in Norway and became a chief engineer.

During World War II he took part in the Norwegian resistance movement and was taken prisoner by the occupying forces, spending some years in a prisoner-of-war camp. Here he learnt to speak fluent German, as he foresaw that after the war the international whaling fleet would need not only the German whale factory ships, but also the German shipyards. 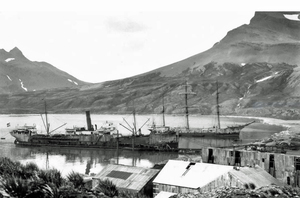 In 1946-47 he was employed by A/S Kosmos and he took an active part in converting the former German factory ship Walter Rau to become Kosmos IV, ready for whaling.

In 1950 Olsen was employed by A/S Tønsbergs Hvalfangeri as whaling manager of Husvik Harbour, South Georgia. It was now obvious that not only whale-oil, but also by-products would become more and more important to profitability. Here, again, he worked on modernizing the machinery for producing whale-oil, and on meeting the increasing interest in a better utilization of the carcass. Meat extract became a more and more important product, and it was continually improved. He also renewed the catching equipment, and in 1953/54 a new production record of 64,765 barrels of oil was reached.

There were enormous resources of fish around South Georgia, and to exploit these resources he hired two purse seine boats from Northern Norway in 1951. However, this experiment failed, as neither vessels nor equipment were suited for southern waters.

Olsen strongly disliked the whalers' use of Asdic* to catch whales. In his opinion Asdic would frighten and disturb the whales and he even made the authorities forbid its use for a period. But the opposition from other South Georgia stations became too strong, and after some time the prohibition was removed. Olsen cooperated with the University of Oslo on locating whales by listening to them communicating through ultrasonic sound. This was only one of many examples of this co-operation with the university during his time as a manager in Husvik Harbour.

Many efforts were made to obtain a better utilisation of the whales, and a large refrigeration plant was built in Husvik Harbour (1958). Fresh whale meat could be frozen in suitable packages, and the first cargo was sent to England for use in dog food. 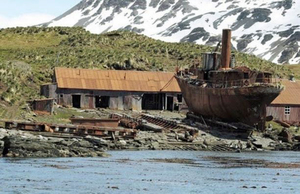 As whaling manager Olsen assisted scientific expeditions visiting Husvik Harbour. His villa was well known for its hospitality, to the British South Georgia Expeditions, Duncan CARSE's surveys and activities for the International Geophysical Year 1957-59. When MV Theron returned from the Trans-Antarctic Expedition in 1956, her bow was badly damaged, but Olsen's great technical skill and flair for improvisation helped to accomplish a temporary repair. As an acknowledgement of hospitality, help and assistance to every scientific expedition visiting Husvik, the Director of Overseas Surveys decided to name the valley from Stromness Bay south to Cumberland Bay West, the Olsen Valley.

In 1960 whaling in Husvik Harbour was closed down, and the station, several of the catchers and the transport ship Teie were sold to Alfredo RYAN's company Albion Star at Grytviken. After this Olsen was employed by shipowner Lars Christensen of A/S Thor Dahl Shipping Company, to be in charge of the processing plant on board the floating factory Thorshøvdi. 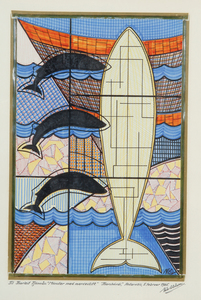 However, whaling came to an end for Thor Dahl, too, and Olsen then became responsible for the conversion of Thorshavet in 1969. The ship was renamed Astra and became mother ship for a fishing fleet operating off the West African coast. After the Astra years he continued with the Thor Dahl Company as technical supervisor for their rapidly growing tanker fleet. He died of cancer in 1975, 65 years old.

Olsen was a large muscular man, strong and sturdy. His superiors as well as his employers showed him great recognition by giving him many demanding tasks. He always behaved calmly and always treated his workers with respect. He had an enormous capacity for hard work and to a great extent was self-taught, constructing a number of plants for a better utilisation of the different parts of the whale, making the drawings himself and then following up on the construction. 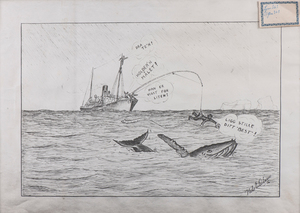 A very gifted man, he played several musical instruments and started and organised HBS, Husvik Broadcasting Station. This was very popular among the whalers at the different stations and on board whale catchers offshore. The station broadcast light music, and at fixed hours there was news on the FM band. Apart from cinema performances this was the only entertainment for the whalers. His favourite hobby was drawing and painting and a lot of situations were vividly caught in his caricatures. His oil paintings were placed in messes and welfare rooms, and, of course, in the Husvik Villa.

Some of his paintings are in the Whaling Museum in Sandefjord and in the South Georgia Museum at Grytviken.