Argentine entrepreneur, was born in Gibraltar on 26 August 1902, the son of an Irishman Ernest A Ryan and his wife Magdalena Navas. Ryan's grandfather, who hailed from Cork, had supposedly set foot on Gibraltar on his return from the Crimean War and settled there. Ryan served his apprenticeship as a naval engineer in the Admiralty Dockyard in Gibraltar from 1917 to 1922 qualifying at Christian Brothers College. He then served as a marine engineer at sea and made sea trips with his father, who was likewise a naval engineer and an expert in the salvaging and repairing of ships. 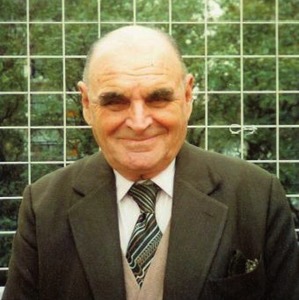 Ryan arrived in Argentina in 1924 with his parents and his three brothers, Julio, Pedro and Enrique. After a period in the drawing office of the Central Argentine Railways, then British owned, he became a contractor's representative with a marine engineering company at the Boca, Buenos Aires.

In 1931 Ryan and his father purchased the Farina marine workshop and expanded the business by buying additional warehouses and workshops, reportedly financed from the winnings of a lottery in Spain. After the death of his father, Ryan brought his three brothers into the business, renamed Ryan Hermanos.

The company thrived, buying up other businesses in the Buenos Aires district, acting as contractors to the British owned railways in Argentina and Uruguay and providing a comprehensive repair facility for shipping at Buenos Aires and Rosario. Among his clients was Aristotle Onassis, who provided Ryan with a flow of work on Greek ships.

During World War II, Ryan's shipyards effected repair work on more than two hundred allied ships, fitting many of them with gun mountings and degaussing equipment. It was during this period that Ryan diversified his interests, becoming a major shareholder in many companies including the Compañia Argentina de Pesca (Pesca), which owned the pioneer Antarctic whaling station at Grytviken, South Georgia. 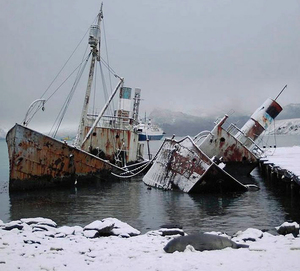 When Ryan took overall control of Pesca from the Tornquist group in 1944, he formed a close relation with the Argentine dictator Juan PERÓN. Perón had a vision to make Argentina a powerful and dynamic state and he saw Ryan, with his interests in South Georgia, as an ally in his declared objective of furthering Argentina's political aspirations in the Antarctic.

Perón and Ryan hatched a grandiose project where Ryan would build the world's largest whale factory ship, Juan Perón, and send it with a fleet of catchers to the Antarctic to hunt whales, the oil of which was badly needed by a 'starving' Europe. The whole project became a fiasco. The company was accused of attempting to employ Nazis, who had worked on pre-war German whaling expeditions and found refuge in Argentina, but the main reason was a Norwegian law which banned their nationals, who had the whaling expertise, working on foreign factory ships. Ryan also fell foul of local currency regulations. The ship, built in the Belfast yard of Harland and Wolff, remained the largest whale factory ship in the world, but one which never handled a whale. She was taken over by the Argentine government and deployed as a tanker and on the fall of Perón in 1955 renamed Cruz del Sur. Eventually she suffered an ignominious end, being auctioned off by the state and cut in two for oil drilling platforms. 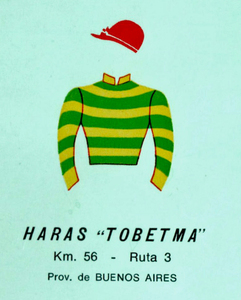 Ryan continued to work the Grytviken whaling station and much investment was poured into Pesca to improve both its fleet of whale catchers and the fabric of the station which in 1957 was considered the most modern in the world. But whale catches, and the prices received for whale products were falling, and in 1965, after a period when the station was leased to the Japanese, it was closed. By this time Ryan, tired of working the station with Argentine flagged transports had transferred Pesca to a raft of wholly owned companies under British, Gibraltar and Norwegian flags. He eventually sold the redundant station to Christian Salvesen & Co. after the British government refused to sanction a deal with the Soviets.

Ryan claimed to be very pro-British. He bought much of his materials for his South Georgia whaling station in Britain, used a long established firm of merchant bankers in the City of London to manage his business in Europe and was a regular visitor with his Yugoslav born wife Antonia Dorich and his two daughters Martha Betty (b1930) and Mabel Antonia (b1935) to Ascot and Epsom racecourses.

He doubtless had good relations with many British politicians and administrators but there is no record of Ryan ever having visited South Georgia or the Falkland Islands. In Argentina and Uruguay he continued to hold a wide portfolio of interests from shipping, engineering, insurance, agriculture and a vineyard on the slopes of the Andes near Mendoza.