Brechin arrived from Liverpool on 12 November 1912 on board the RMS Oravia - which had stranded on the Billy Rocks outside Stanley harbour. (see also: DFB biography of Hugh THOMAS) Brechin had come out under a labourer’s agreement with the Falkland Islands Company, and he started work in the North Arm area on 13 November 1912 on a monthly wage of £5. He finished working in the Company’s Camp on 25 September 1915 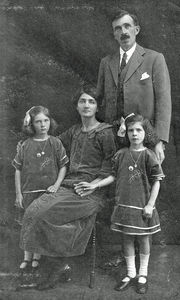 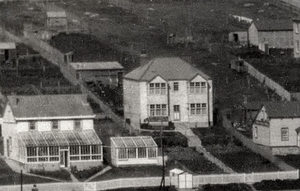 Brechin started work at the West Store 1 June 1926, and by January 1929 the Brechin family were living in 3 Marmont Row.

Brechin was the last person to hold this position because the whaling station at Deception Island was closed down in 1931.

In August 1929 Brechin applied for a loan from the Falkland Island Government of £300 to cover the cost of erecting a house at 7 Fitzroy Road. The invoice price of the house was £916. The house was built, completed and occupied within a year. FI Government archives show that in 1932 Mrs Brechin was keeping a boarding house at 7 Fitzroy Road and Gregor Brechin was making and selling sausages from the property. . 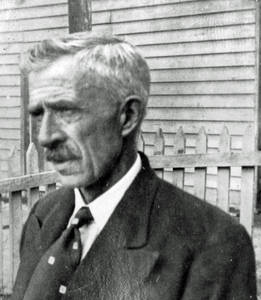 Between 1962 and 1966 various additional buildings were erected on the site by members of the Brechin family – to serve as a workshop, sausage factory and a bakery. The bakery was established by Tim Dobbyns (Gregor and Teresa Brechin's son-in-law), and he extended the original sausage shop to house the bakery shop and a cake decorating room upstairs - a family member has commented that 'Mum's famous rich fruit cakes were sent all over the world.'

An application by Jane CAMERON for change of use for the bakery from a retail shop to a dwelling was approved 22 October 1993. Her house became known as 'The Old Bakery'. 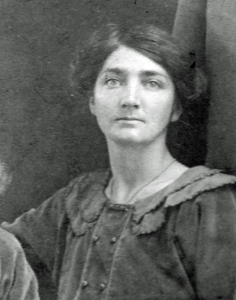 On 7 June 1937: Brechin was appointed sealing officer, for the Falkland Islands and Dependencies Sealing Company based at Albermarle, in West Falkland. The company operated sporadically, usually at a loss, from 1927 until 1940. The venture was not a success and sealing ceased in the Falklands in 1940 when the station closed down. (Sealing began again at Albermarle in 1949 – also without success, and the company ceased operations in 1951).

By 1942 Gregor Brechin, at the age of 51 is described in local records as ‘a boarding house landlord and caterer.’ The establishment was called ‘The Bon Accord Boarding House’ - the name is derived from the French phrase "Bon Accord", the ancient motto of Aberdeen. 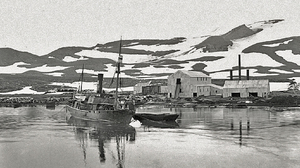 In 1948 The Aberdeen Press and Journal reported that Gregor and Teresa Brechin, accompanied by their daughter Jeannie and son Gregor, had arrived in Scotland – the first time that Brechin had visited his homeland in 36 years – for a holiday that lasted nearly one year. The newspaper reported that Gregor said that:

'Nearly every house [in Stanley] has a typical Scottish garden, and it is because of the very strong Scottish element out there that I have felt so at home.'

In later years Brechin suffered from glaucoma, and he gradually went blind. The family recall that when: 'Mr Albert Lellman came in to the shop each week for his sausages, Grandad would call out from the back room, 'I'll be with you in a minute Albert' ... Albert was known to say "That Gregor Brechin reckons he's blind....but he can see through a brick wall".....Mr Lellman apparently made some form of cough/humming noise all the time, so of course Grandad knew who was coming into the shop by the sound Albert made.' 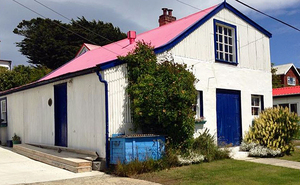 May 2022 Biography first added to Dictionary