Admiral, was born at Chilcomb Rectory, St Giles Hill, Winchester, on 3 November 1899. He was the second son of the Rev Canon Gerrard Thomas Andrewes (1855-1941), the rector of Chilcomb and an honorary canon of Winchester Cathedral, and Helena Louisa Kirby (1865-1936). He began his education at Twyford School, before entering the Royal Navy at the age of 13 at the Royal Naval College at Osborne in September 1912, and subsequently moving to Dartmouth Naval College in 1914. He joined the Fleet as a midshipman in August 1915, serving on board the battleship Canada and seeing action at the Battle of Jutland in May 1916. By the end of the War, Andrewes had reached the rank of lieutenant – specialising in torpedoes, mines and electrical engineering. He attended university, at Emmanuel College, Cambridge from October 1919 until March 1920. 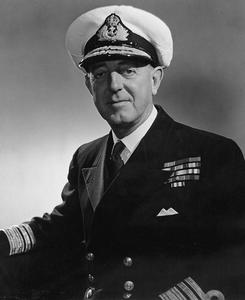 During the inter-war period Andrewes served in numerous ships, and by 1937 he was the executive officer of the battleship Rodney, in the Home Fleet. He was promoted to captain on 30 June 1938. In September 1942 he commanded the cruiser Uganda, serving in the Atlantic and Mediterranean, taking part in "Operation Husky", the Allied invasion of Sicily, (for which he received a Mention in Despatches) and in "Operation Avalanche", the landings at Salerno, in September 1943 (for which he was awarded the Distinguished Service Order). From November 1944 until July 1945 he served as chief staff officer to Vice-Admiral James Rivett-Carnac, who was responsible for the entire logistical operation to support the British Pacific Fleet. Between 1945 and 1947 Andrewes commanded the aircraft carrier Indomitable.

Andrewes was appointed naval aide-de-camp to the King in July 1947, and he was promoted rear admiral in January 1948. He was promoted vice admiral in December 1950, and made commander of the 5th cruiser squadron and flag officer second in command Far East Fleet, flying his flag in the cruiser Belfast. During the Korean War he commanded the British, Commonwealth, French and Dutch Naval Forces, flying his flag in the aircraft carrier Theseus. Later his command included eighty ships of the United States Navy. Admiral Andrewes’ squadron supported the landings at Inchon and at the end of this operation, General Douglas MacArthur, the US commander in chief of United Nations forces, signalled him: “My heartfelt felicitations on the splendid conduct of the fleet under your command.” Andrewes was highly regarded by the United States military and received two US awards: a Silver Star in 1951 and Commander of the Legion of Merit in 1953. 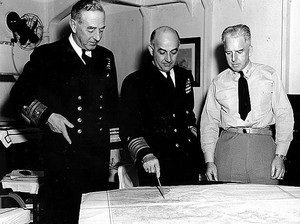 From October 1951 until the end of 1953 Andrewes served as commander-in-chief of the America and West Indies squadron, and additionally from 1952, as NATO deputy supreme allied commander, Atlantic. During this command, he was closely involved with a number of incidents which occurred during a period of Argentine territorial expansion in the Antarctic– and in particular, in January 1953, with the removal of an illegal Argentine base on Deception Island, in the South Shetland Islands. Andrewes’ flagship was the cruiser Superb, and in 1953 she was deployed to the South Atlantic to carry out courtesy visits to several South American countries. She arrived at the Falkland Islands on 11 February 1953 for a planned four-day visit. In the event, Superb stayed for six weeks at Stanley – from 11 February until 25 March. Planned visits to Montevideo and Buenos Aires were cancelled.

On arrival in the Falkland Islands a meeting ‘to discuss Antarctic matters’ was immediately convened on board Superb between Vice Admiral Andrewes, the Colonial Secretary Colin CAMPBELL, the Captain of HMS Snipe, (acting as the Falkland Islands guardship) and two other senior Government officials, to discuss action to be taken in the light of Argentina’s illegal occupation of Deception Island. Andrewes already had considerable experience of Argentine expansion in the Antarctic. In March 1952 he had sent secret instructions to the captain of the then Falkland Islands guardship HMS Veryan Bay, saying: 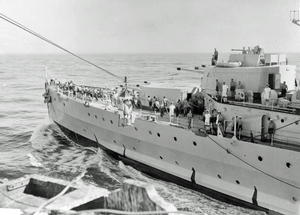 We cannot exclude the possibility that the Argentines might attempt some minor action, possibly against an uninhabited island, of a sort that they think would not lead to war.

The situation on Deception Island was considered so serious it was discussed on 31 January 1953 at a meeting of the British Cabinet, and consideration was even given to a possible threat to the Falkland Islands. Andrewes received orders from the Admiralty on 9 February 1953 to remove the illegal personnel and bases on Deception Island.  A detachment of Royal Marines from Superb was sent to Deception Island in HMS Snipe and on 15 February the two Argentine personnel present were removed and the huts dismantled.  The Argentines were taken to South Georgia and put on a whaling ship/tanker bound for Argentina.

In April 1953 Andrewes wrote a report of proceedings to the Admiralty about the events between 21 February and 20 April 1953:

HMS Superb remained at Port Stanley throughout this period, reputed to have been the longest a cruiser has ever stayed there … In spite of all the kindness and hospitality of the people of Port Stanley I, and all aboard HMS Superb, found that our prolonged stay there was becoming tedious and it was with feelings of thankfulness and relief that on 25 March we left for Rio de Janeiro. 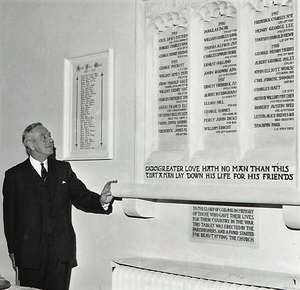 So ended a cruise which started out to radiate goodwill round South America and ended with a certain amount of disappointment in Brazil and Uruguay and considerable displeasure in Argentina, caused entirely by the erection of two small huts on an unused airstrip in the Antarctic wastes.

Andrewes had carried out his instructions with firmness and discretion: the expulsion of the Argentine presence on Deception Island went largely unnoticed at the time and has only recently become public knowledge. 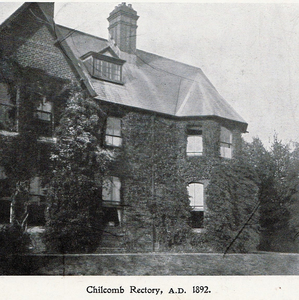 Andrewes was promoted Admiral on 24 November 1954, and he served as president of the Royal Naval College, Greenwich, until 1956. In May 1956 he became a member of the Institution of Electrical Engineers. Admiral Andrewes retired from the Royal Navy on 10 January 1957 after 45 years’ service, and he became a director of the shipbuilders Thornycroft & Company.

In retirement Andrewes was much involved in his local community. With two other village residents he formed a charity to save one of Hampshire’s oldest churches - St Andrew’s -  in the hamlet of Chilcomb near Winchester. The church was under threat of closure because of maintenance costs before ‘The Association of the Friends of St Andrews, Chilcomb’ was established in 1961. For a number of years in the 1960s Andrewes was a very active president of the City of Winchester Trust. 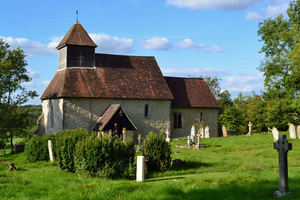 Andrewes married Frances Audrey Welchman (1902-2006) on 26 February 1927 in Winchester Cathedral. They had one son and one daughter. He died at his home Sparkford House, St. Cross, Winchester, on 21 November 1974, and he is buried in the churchyard of St. Andrew’s Chilcomb – the church he helped to save from closure, and where his father had once been rector. Lady Andrewes died at the age of 104 and is buried with her husband in Chilcomb.

The majority of William Andrewes’ diaries and private papers were deposited at the Imperial War Museum after his death.