b 1936 from Falkland Islands


legislative councillor, was born in Stanley on September 26, the only son of George and Isabel Bowles, née McKenzie. He was educated at the Government School in Stanley, where he spent two years in the continuation class. From 1953-58 he was apprenticed to the Falkland Islands Company as a carpenter and appointed foreman in 1960. In 1966 he became a self-employed woodworking contractor using the FIC workshop. 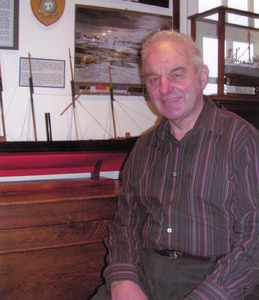 Bowles was elected to LegCo in 1971 and served until 1981, being selected for ExCo on several occasions. He noted that he was the only member of the 'Cowboy Council' (that elected in 1971) who did not ride! During his term he encouraged training for local applicants to hold key posts and introduced the Medical Services Levy (since discontinued). In the 1970s he attended talks with Argentine officials Río de Janeiro, with the junior Foreign Office Ministers David Ennals (in May 1975) and Ted ROWLANDS (in December 1977). He also attended a CPA Conference in Lusaka in 1980.

In 1970 Bowles was employed on the salvage of the SS Great Britain, cutting down the masts, freeing up the anchor windlass and the rudder gear and patching the scuttling hole in the side with plywoood, cement and angle-iron. From 1984-1992 he worked with Cable and Wireless as a carpenter and became works manager with PWD from 1992 to 2001, when he retired.