teacher and superintendent of education was born on 28 January 1921 in Long Eaton, Notts, the only son of Captain Fredrick Draycott (Royal Horse Artillery) and Cissé, née Jackson. They were a Church of England army family - his father had fought in the Boer War and World War I and afterwards spent a considerable time in India. Young Draycott attended Loughborough Grammar School and then Godalming County School where he was proficient at games and became school captain. 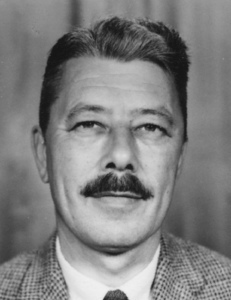 On leaving school he worked for a short time as a land worker on a market garden and became a local dispatch rider before taking up elementary teaching in Effingham Central School. He registered as an uncertificated teacher in 1941. He had taken care of horses at Godalming and this probably prompted him to apply for the post as travelling teacher in the Falklands, which in those days meant considerable time on horseback. Draycott received his call-up papers the same day as his teaching contract with the Falkland Islands Government. Uncertain of what to do, he sought guidance and the sound advice received was to take up the Falklands' contract.

Arriving in Stanley on 22 August 1941, Draycott travelled extensively around the Islands on horseback, teaching both on the West and East Falklands. His sense of humour was severely tested during this time, when he was given a horse to take him along the track and then wondered why there was considerable interest from the farm workers during gearing up. When he finally managed to mount the horse, the animal gave a 'rodeo' performance, finally depositing him in the mud and stones in the corral much to the amusement of the onlookers - the horse apparently had never been ridden before! 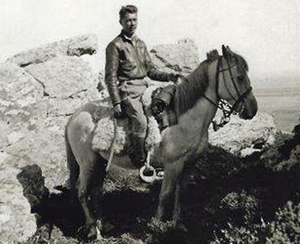 1942 saw the evacuation of some 46 Stanley children to Walker Creek. With only two teachers and three mothers to care for these children, and, known to be a strong disciplinarian, Draycott was sent across from Port Howard to help out. There he met Alma Jones, a young local assistant teacher whom he was to marry in 1945. Times were difficult at Walker Creek and discipline was called for on occasions. One time he had to discipline young Roddy McKay who had 'disappeared' for the day causing much anxiety. Years later they found themselves together on the riding track between settlements; Draycott was told to get off his horse and fearing the now mature man was to take revenge did so with some trepidation only to have his hand shaken and be thanked for the rather hard lesson he had administered.

From Walker Creek, Draycott became second assistant master in the Senior School, Stanley and then in 1949 spent a year attaining a Ministry of Education Certificate at Redlands Training College, Bristol, during which time a daughter, Jacqueline was born. On returning to the islands in 1950 to take up a teaching post in the Senior School, Draycott worked his way to being senior assistant master, acting superintendent of education (which included responsibility for Camp education) and finally superintendent of education in 1960. A son John was born in 1957.

Apart from his substantive responsibilities, he also undertook the duties of British Council representative and information officer, and took an active part in local broadcasting. He was also chairman of the Public Library Committee. He was an experienced educationalist with wide knowledge including teaching in isolated districts as well as boarding schools.

Draycott retired from the Education Department in 1974 to live in England but tragically died in 1977 at the age of 56. His service to the Falkland Islands Government spanned 33 years and he contributed much to postwar education in the Islands.

What a lovely interesting read this was . I am the great grand daughter of Ethel Jackson sister of Cisse Jackson. I am researching my family genealogy and came across this fabulous piece of history.
Many good wishes