zoologist and ecologist, was born in Caithness, Scotland on 19 April 1928, son of a farmer, John George Dunnet and Christina Isabella, née MacKenzie. His schooling was at Peterhead Academy and Aberdeen Academy. 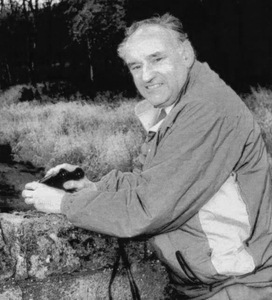 Most of his career was spent in the Department of Zoology, Aberdeen University, initially as a student and later as director of Culterty Field Station, Newburgh, Aberdeenshire, a centre for postgraduate studies dealing with bird problems in agriculture (rooks and geese), and energy flow in an estuarine ecosystem.

As Regius professor, he became head of the Zoology Department, and spent time as dean of the Faculty of Science. He was particularly famous for a study of Fulmars on Eynhallow, Orkney, and this developed into one of the best-known long-term studies of birds in the world. 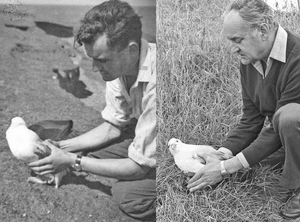 He was a skilled and effective committee member and chairman, dealing with such diverse ecological topics as the role of badgers in the spread of bovine TB to cattle, minimising the effect of oil exploitation on wildlife (in Britain and Azerbaijan) and the decline of North Atlantic Salmon. 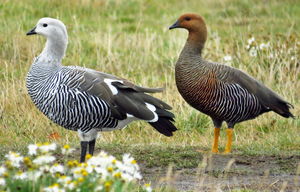 His first visit to the Falkland Islands (4-7 January 1964) took place when aboard the Kista Dan en route to visit South Georgia and to various Antarctic islands collecting fleas from the nests of sea birds.

Much later (16-23 February 1976) Dunnett returned to review a study on Upland Geese, then regarded as a pest competing with sheep for grass. The first field officer was John Harradine, based on Carcass Island. 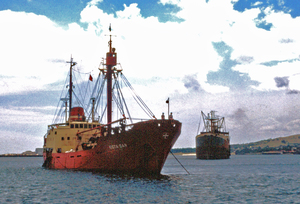 On his recommendations, the goose study became part of the Grasslands Trials Unit under the leadership of Campbell Kerr. Fieldwork was switched to Goose Green and Ron SUMMERS became the second goose officer, to be succeeded by Andy Douse, the last goose officer.

After liberation when the subdivision of large company farms into family units gathered momentum, concern about geese dwindled and there was a greater tolerance of the birds. As a result, there have been no further goose studies.

He married Margaret Thomson in 1953, and is survived by his wife, a son (Ian) and daughter (Karen).

His eldest daughter (Judith, wife of Ron SUMMERS) pre-deceased him.

He died on 11 September 1995 in Denmark, while attending a meeting to resolve the possible environmental impact of a proposed bridge between Denmark and Sweden.

From Dunnett's obituary in The Independent 24 September 1995

'George Dunnet was always in the thick of any party and the sight of him in his kilt enthusiastically swinging his partner across the dance floor on Scottish winter evenings will remain an abiding memory. One of his favourite diversions was croquet, a game he played with passion and considerable skill.'.