fifth viscount, was born at Farley Castle, Somerset on 15 February 1656 and baptised at Great Tew, Oxon eleven days later. He was the only son of Henry Carey, fourth Viscount Falkland and his wife Rachael, daughter of Anthony Hungerford of Black Bourton, Oxon. He succeeded to the title on 2 April 1663. He was educated at Winchester College from 1668 and then at Christ Church Oxford, which he left in 1672. In 1681 Falkland married Rebecca , daughter of Sir Rowland Lytton of Knebworth, Herts; their only child Harriet died in infancy. His wife's fortune enabled him to purchase for £15,000 the post of treasurer of the Navy, which he held from June 1681 to November 1689. He occupied theTreasurer's house at Deptford dockyard, where the diarist John Evelyn, his neighbour at Sayes Court, sometimes dined with him, noting once that 'afterwards we had rare musique'. 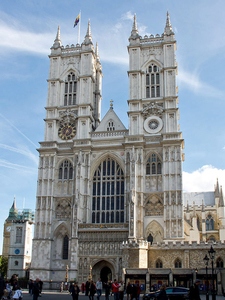 Falkland made a very profitable investment, with other speculators in an enterprise to find the Spanish treasure ship Concepción, wrecked off Hispaniola. The James and Mary with John STRONG as chief mate, brought the treasure into Deal on 7 June 1687. It included gold, pearls, gems and 32 tons of silver pieces of eight; Falkland's one-seventh share of it was £21,766. However he lost £19,000 on two subsequent ventures. Captain Strong received a royal commission, commanded the Welfare and sailed in 1689 with 90 men and boys and good divers in search of another wrecked Spanish treasure ship, which he failed to find. (Its estimated value when eventually located in 1997 was £2·5 billion.) In April 1690, Strong landed on West Falkland, naming the passage between the islands, Falkland's Sound, in honour of Viscount Falkland, one of his financial backers.

In January 1694 Falkland was accused of bribing members of parliament out of the fund for Admiralty perquisites, was reprimanded and committed to the Tower of London by a vote of the House of Commons on 16 February 1694, but released three days later. King William III appointed him as his envoy to the Hague, but before Falkland could take up the post he died of smallpox, aged 38 on 24 May 1694; he was buried four days later in Westminster Abbey. His widow died aged 47 on 30 September 1709 and was buried in St Paul's Cathedral. Evelyn noted:

My Lord Falkland (grandson to the learned Lord Falkland, secretary of state to K. Charles I, and slaine in his service) died now of the small pox: he was a pretty, briske, understanding and industrious young gent: had formerly been faulty, but now much reclaimed. Had the fortune to marry a great fortune, besides fortunately intitled to a vast sum, being his share of the Spanish wrack, taken up at the expense of divers Adventurers; was now from a Scotch Viscount made an English Baron; had been Treasurer of the Navy & advancing extreamely in the new Court: All this now gon in a moment ...

Editor; author of Most Noble Bodley.