sheep farmer and landholder, was born in Janetstown, Wick, Caithness, on 15 March 1858, the oldest son of four children of Angus Hamilton and Catherine Sutherland.  (nb. See editorial comment below)

John Hamilton emigrated to the Falklands in 1880 under contract to the Falkland Islands Company; when his contract expired in 1885, he sailed to Chile and worked at Oazy Harbour, northeast of Punta Arenas. In 1889 he formed a partnership with Thomas Saunders to create estancias (sheep farms) near the Argentine city of Río Gallegos. With Saunders and other Scotsmen, he took nearly two years to drive several thousand sheep and horses overland from Buenos Aires province. 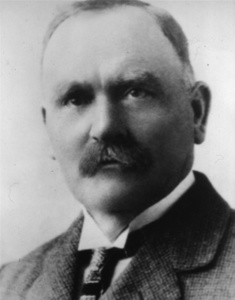 Even as his Argentine properties prospered, Hamilton kept a close watch on the Falklands and, when opportunities arose, he began to acquire property there. In 1922, for instance, he bought Beaver Island and adjacent islets from Richard Waldron Thornhill of Punta Arenas, who had inherited them from an uncle. 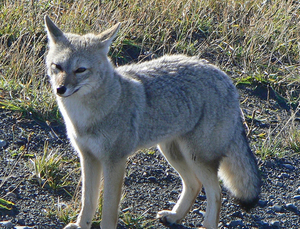 Shortly thereafter he purchased Weddell Island and the Passage Islands, and attempted to buy the Jason Islands. Government objections prevented his buying the Jasons, which were Crown Reserves, but he managed to acquire Saunders Island from the estate of WD Benney in the mid-1930s. He also owned property in Stanley.

While he lived mostly in Argentina, Hamilton was neither a speculator, nor a stereotypical absentee landlord. He took positive action to improve pastures on badly overgrazed Weddell, including stock reductions and replanting of tussac grass, and he imported coniferous seedlings from Punta Arenas for ornamentals and windbreaks. 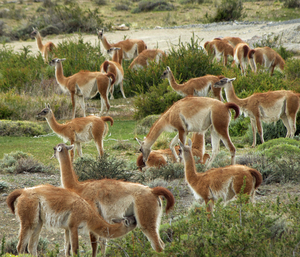 A herd of Guanacos - these were...

He also attempted to diversify the farm economy through minor industries such as sealing for oil (soon abandoned) and the introduction of exotic mammals such as foxes, skunks and guanacos from the South American continent. The idea was that their pelts, as well as those of South American otters, would find overseas markets. Foxes, of course, have proved a plague to West Falkland farmers and the guanacos never really worked out - though there remains a significant population of them on Staats Island. Introductions of Shetland ponies and Highland cattle, while imaginative, did not long outlast his death.

Hamilton kept much of his money locally, with more than £90,000 in Stanley's Government Savings Bank even during the Great Depression of the 1930s (when he donated several thousand pounds for the construction of lighthouses on East and West Falkland, and improvements to King Edward VII Memorial Hospital). He also researched road-building in Camp at a time when such projects were so visionary as to be almost hallucinatory. 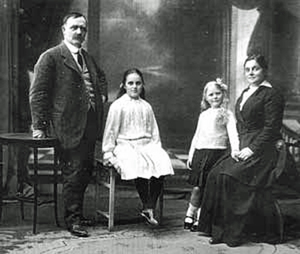 John and Oliva Hamilton, and their...

In 1940 Hamilton moved to Buenos Aires because of a chronic eye problem and, when ongoing treatment required him to remain nearby, he purchased a stud farm at Merlo, west of the Argentine capital. He died in September 1945, survived by his daughter Penelope Alvarez. Unfortunately, Hamilton's Falklands properties became a bone of contention because of their ownership by Hamilton's Argentine heirs. While Hamilton had once attempted to move the headquarters of Hamilton and Saunders from London to Stanley, he ran into complications with Argentina, which may have seen his properties as a foothold in the Falklands. Instead, he incorporated offshore in Jersey.

John HAMILTON was born 15 March 1858 in Janetstown and this then ties in with a John HAMILTON age 20 sent out on contract on the Guardiana by the Falkland Islands Company Ltd in June 1878  The Guaradiana would have taken him to Montevideo, Uruguay where he would have transferred to the schooner Black Hawk which belonged to the Falkland Islands Company who ran her back and forth between Stanley and Montevideo carrying passengers and mails.  If he had a smooth voyage he would have most likely been on the voyage which arrived in Stanley 5 August 1878.  Contracts were normally for five years and started from the date that they arrived in the Falkland Islands so his contract would have been due to expire around 5 August 1883 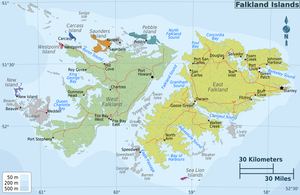 Map of the Falklands showing location...

See:  British families in Southern Patagonia - includes a photograph of Hamilton and his family

Michael Mainwaring; From the Falklands to Patagonia; Alison and Busby; 1983