The family moved to Montevideo in 1861, where her father died in 1870, whereupon the family returned to England. Dorothy Havers began to write stories for magazines and published her first novel in 1874. Her early novels are contemporary romances and the influence of her family's Catholicism is more pronounced than in her later works. 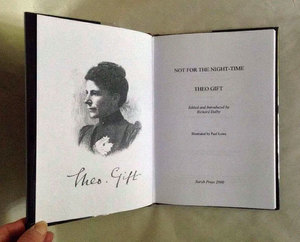 496 A Victorian ghost story written by...

As Dorothy wrote under the name of Theo Gift, some reviewers believed she was a man. Maid Ellice, which she wrote in 1878, is semi-autobiographical, about an orphaned girl from Montevideo moving to England and the contrast with her upbringing in Uruguay.

On 22 April 1879 she married George Simonds Boulger, an eminent botanist. After marriage she wrote another semi autobiographical work, Lil Lorimer, and a book for children, Cape Town Dicky, illustrated by her sister Alice HAVERS. 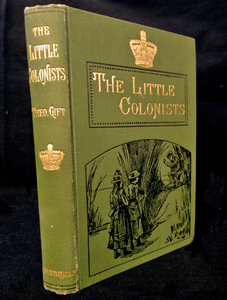 During the 1890s she wrote two books of fiction for girls which are set in the Falkland Islands: The Little Colonists (1890) and An Island Princess (1893). These give a vivid picture of the isolated life of the colonists and careful descriptions of landscape and flora. She does not evade difficult topics like alcoholism or over-zealous missionaries. The stories celebrate practical, confident and independent minded young women and indeed a determination to speak up for working women is a feature of all her work. She did not publish after 1901.