biologist, was born in Kensington, London on 14 July 1882, the second of the six children of Stephen Benjamin Kemp, professor of music, and his wife Clara Wells, née Beasley.

He was educated at St. Paul's School Hammersmith, London and Trinity College Dublin. He read natural science, specialising in zoology and graduated in 1903. His first appointment (1903-1910) was as assistant naturalist with the Irish fishery service. Here he learnt the necessary skills of marine biology and oceanographic methods on the Helga exploring life on the continental shelf west of Ireland. 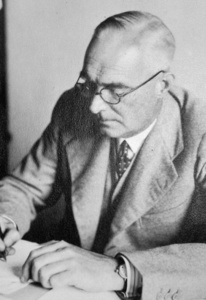 199 Flag raiser Led from the front.

In 1910 he worked as senior assistant at the Indian Museum, which later became the Zoological Survey of India of which he was superintendent, where amongst other things he researched and published work on Crustacea.

In 1923 while home in Great Britain he was asked whether he would be willing to apply for the post of Director of Research with the newly founded Discovery Committee. Early in 1924 after the scientific members of the Committee had read his research papers he was offered a three year contract. One comment was 'systematic work of the extent and kind which Dr. Kemp has produced is to my mind in itself a proof of the highest ability and capacity'. Starting work on 2 June 1924 he produced the General Plan of Work of the Discovery Expedition. In many ways his hands were tied. Details of the ship, her Captain and the Marine Station in South Georgia had already been decided. 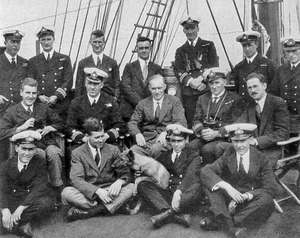 407 Officers and scientific staff onboard...

Kemp was responsible for planning the scientific work, frequently difficult because of distance and poor communications between the ships and ship and shore whether on board the Discovery 1925-27 or on Discovery II 1929-1931 or in London. Between these voyages he very strongly advised against further use of the Discovery as a scientific research ship and then ensured every detail of Discovery II was as perfect as possible.

He was beloved by colleagues even though he led from the front working seven days a week and long hours as well. He paid meticulous attention to every detail whether carpentry, taxonomy, writing reports or the needs of his staff. He adhered to the idea that they should collect anything and everything they thought interesting whether on land or at sea, or biological or physical details. This attitude laid the foundations for the Discovery collections, and the oceanography of the South Atlantic. There were occasional directives from the Committee which interrupted the scientific programme. 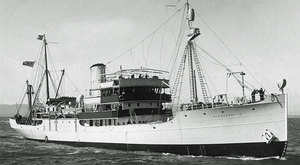 RRS Discovery owned by the Falklands and registered in Stanley was based in South Georgia for two summer seasons paying goodwill visits to Stanley, in April-May 1926 and May-June 1927. There he dined with Governor MIDDLETON and HH Gresham the FIC Manager.

In London Kemp worked in the Colonial Office and left the employ of the Committee in 1936 when he was appointed secretary of the Marine Biological Association and director of its Plymouth laboratory.

He became a member of the Discovery Committee as a consultant until his death. He published 71 papers either alone or jointly including three in the Discovery Reports, three in Nature and one in the Geographical Journal. His honours included Fellowship of the Royal Society 1931, the Victoria Medal of the Royal Geographical Society 1936 and President of the Zoology Section of the British Association in 1938. 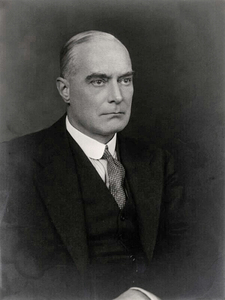 Kemp was an exceptionally modest man who eschewed all publicity yet he insisted that work done by the scientific staff must be published, with each author allowed 50 offprints. He was an excellent cabinetmaker and had a great interest in antiques. He enjoyed a wide range of music, singing Gilbert & Sullivan on board ship.

Stanley Kemp died of of leucopenic anaemia on 16 May 1945.

Editorial comment: Kemp was no stranger to personal loss. On the night of 20 March 1941 Plymouth was heavily bombed  and the laboratory of the Marine Biological Association was severely damaged - in an obituary for Stanley Kemp, Sir Alister HARDY wrote: 'Those who were present on the night of the bombardment are agreed that the reason the Laboratory was not completely destroyed by fire was largely due to Kemp's unselfish action in letting his own house burn while he devoted all his energies to preventing the fire from spreading through to the rest of the building. This means all the more when we know what a home lover he was and what a sacrifice he made. He was a collector of beautiful antique furniture, old clocks, and rare oriental carpets chosen with great discrimination. He and Mrs Kemp lost everything. Not only did he lose all his books-he lost all the material and manuscript notes of a work on the Discovery deep-water decapod Crustacea he had been engaged on for many years'.