biologist, was born in Norwich on 8 March 1892, the second of the five children of Frederic William Harmer, a wool merchant, and his wife Mary Young, née Lyon. He attended a day school in Norwich before being sent to Amersham Hall, Reading. 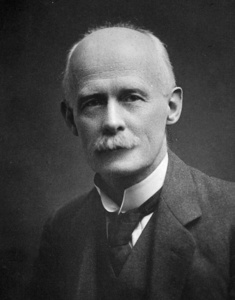 He remained at Cambridge as an academic biologist until 1908. During that time he obtained experience in marine biology at Roscoff in Brittany, Naples and Plymouth and became superintendent of the University Museum of Zoology in 1892. Later that year he was invited to inspect and record a stranded Sowerby's Beaked Whale (Mesoplodon bidens) at Overstrand, Norfolk. 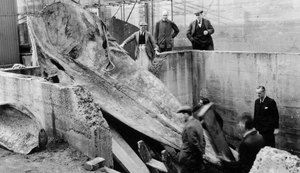 He was awarded his doctorate in 1897 and elected FRS in 1898. He was vice-president of the Royal Society from 1922-24, and was president of the Linnean Society from 1927-31. He coedited the ten volumes of the Cambridge Natural History (1895-1909). Appointed keeper of zoology at the British Museum (Natural History in 1909, he became responsible for one of the largest existing collections of Cetacea (marine mammals) in the world. He became Director of the Natural History Museum in 1919 and was awarded the KBE in 1920. He published 112 articles of which 36 related to whales and whaling and initiated the recording at the Natural History Museum of all stranded whales in the UK.

Although Harmer never visited the Falklands or South Georgia he had an enormous influence on the work of the Discovery Committee. In 1910 he was approached by Jens Andreas Mørch, a Norwegian whaling engineer newly returned from the South Shetlands, who worried that 'hump back whales were of little concern to the scientific world from a biological point of view, considering their present commercial importance.' Mørch suggested that all details of whales killed should be scientifically recorded in order to estimate whether 'over fishing' was occurring, adding that this could be funded by an increase in the licence fees for whaling. 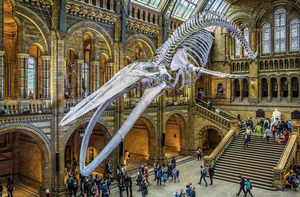 Blue whale skeleton at the Natural...

Harmer sent a copy of the letter to ER Darnley, then secretary to the finance committee at the Colonial Office, and a series of committees followed acting on Harmer's advice. The most important was the Interdepartmental Committee on Research and Development in the Dependencies of the Falkland Islands, which published its report in 1920. Its recommendations led to the scientific investigations overseen by the Discovery Committee.

Harmer was vice-chairman of the Discovery Committee for eighteen years (1923-1941) and Chairman of the Scientific Sub-Committee. He was particularly connected with the appointment of Stanley Wells KEMP as scientific director, the programme for marking whales to establish their migration routes and age, and the establishment of the laboratories at the Natural History Museum in London where scientists worked on the data that had been collected at sea and in South Georgia. 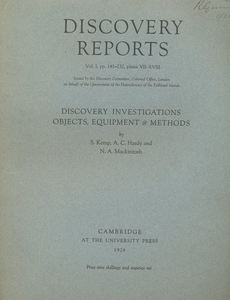 A reputation for diplomacy - 'no-one could possibly quarrel with Harmer' - was tested in 1928 when the FIC manager Gresham wrote to Governor HODSON complaining that the Discovery Committee's activities were a gross waste of money. Hodson sent a 29 page dispatch in intemperate language to the secretary of state Leo Amery, magnifying the complaints against the committee and its employees (some of whom having returned from sea, under very bad conditions, had been drunk on the streets of Stanley) and inveighing against everything that they had ever done. Feathers were considerably ruffled in London and Harmer was involved in drafting a suitable scientific and squashing reply.

Harmer was a detailed and fastidious record keeper, both as a taxonomist and as a committee man. His Discovery Committee papers allow a marvellous insight into the workings of the organisation. He married Laura Russell Howell in 1891 and had four children.

See:  The correspondence and collections of Sidney Harmer - held in various institutions