chief secretary, was born on 12 December 1933, the son of Thomas Malcolm Layng and Mabel Kathleen, née Hayward. His father had a diverse career in the army, the church and academia and Layng's childhood was marked by frequent changes of home - a pattern his life was to follow. He was educated at the Dragon School Oxford, Clifton College Bristol and at Corpus Christi College Cambridge, graduating in 1957. He represented his various educational establishments at cricket, tennis and squash and was commissioned sub-lieutenant in the Navy during national service. 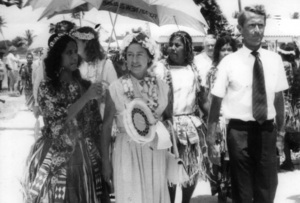 In June 1958, Layng was appointed administrative cadet to the Western Pacific High Commission with an initial posting to the Solomon Islands as a district officer and a second tour becoming district commissioner. In 1963, he was transferred to the New Hebrides {Vanuatu} specialising in rural development and cooperatives. In 1969 he was transferred to the Gilbert and Ellice Islands Colony as development and acting financial secretary before returning at his own request to the Solomons.

There Layng met David Scott, under-secretary at the Foreign Office who was in search of a new colonial secretary for the Falklands. The Foreign Office was seeking permanent solutions for the remaining outposts of Empire and believed that the Falklands could most tidily be ceded to Argentina with a suitable package of safeguards and compensation. But it would be difficult to bring public opinion round and Layng was to take soundings. 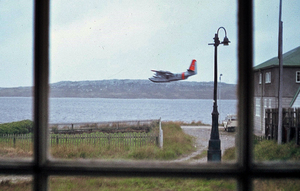 Layng was welcomed in government circles in Buenos Aires on his first arrival in 1972 and arrived in Stanley on one of the first flights by Argentine Air Forces Albatross seaplane to land in the harbour. A substantial package of benefits had been put together to influence Kelper opinion towards a more favourable view of the Argentine connection. Most important of these was the regular air service from Commodoro Rivadavia in Southern Argentina. There was also a programme of Argentine scholarships for secondary school children from the Falklands, the 'YPF agreement' which brought oil in bulk to Port Stanley to reduce the price of fuel in the Colony, the permanent airstrip at Cape Pembroke and programmes to bring Argentine tourists to the Islands and build up the tourist trade.

The second part of Layng's remit was to modernize the government of the Islands and to instill a greater willingness to reduce the financial grant in aid from London and to take a more positive attitude towards internal self-government. His first step was to persuade ExCo to change his own title to chief secretary, as part of an extensive civil service and salaries review. He then set in motion budgetary adjustments to make local services more self supporting - abolition of the 'penny post', reduction of the cheap issue of mutton to Stanley households etc. These steps were not well received by a very conservative population and a fire at the chief secretary's residence was generally believed to be an expression of local discontent.

Layng was more popular in Camp, where his frequent tours using his own Landrover and by government ship were welcomed. When acting governor, and acting high commissioner for the British Antarctic Territory, he made two visits 'down South' to South Georgia and to the Antarctic mainland and islands. He compiled a map of the two main Falkland Islands marking the best tracks between settlements and through the peat bogs. In the course of his camp drives, he captured all but six of the endemic birds of the Falklands on colour film.

At the end of his tour in the Falklands, Layng was appointed deputy governor of the Gilbert and Ellice Islands. He was made chairman of the Ellice Separation committee and then HM commissioner for Tuvalu, drawing up the blueprint for a separate Ellice Island state and its progression to independence in 1978. He was awarded the OBE in 1977. He resigned from the Foreign Service in 1978 and moved to the Asian Development Bank in Manila, where he subsequently set up his own successful development consultancy, and where he eventually retired.