shepherd and patriarch, came from Surrey and was employed by the Falkland Islands Company in October 1856.

He travelled from London on the Nithsdale, tending a flock of pedigree sheep and a racehorse being sent to the Islands for breeding. During the three month voyage, he earned £9 2s 3d and fell in love with a young English governess named Grace White, who was bound for Chile. 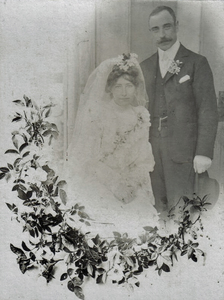 Three weeks after landing at Stanley, the couple married on 27 January 1857 at Holy Trinity Church.

They moved to Darwin, where Lee worked as a stockman, earning 27s a week.

In 1868 the family moved to New Island where Lee was farm manager. But their eldest son Henry contracted tuberculosis due to poor food and housing. After a year they moved to Shallow Bay. Work was hard and conditions were cramped causing discontent. When the supply ships arrived they brought alcohol among other provisions, and the men would have a few drinks to escape from the daily grind. On one occasion Lee had too much to drink and had a disagreement with the boss. He was either sacked or resigned, probably the former.

In 1870 the family moved to Port Howard and settled at Many Branch, a shepherd's house about seven miles north of the settlement. 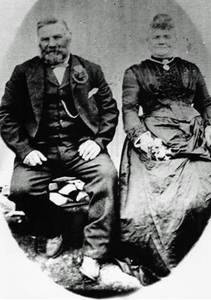 As the boys grew up, they too became shepherds, working in other areas of Port Howard farm. The third son, Joe Lee, married Hannah Simpson at Shag Cove in 1890 and they settled at Purvis, a shepherd's house. When Hannah gave birth to their first child, Joe took a sheepdog up the hill, tied a note to its collar and cracked his stock whip and the dog went off to Many Branch with the good news.

The family had a happy life and always made people welcome to their home. When Jacob was getting on in years, he would gear up his old horse and ride to an area called Rocky Ridge. There he would sit on a rock, now known as Jacob's Chair, and have a smoke. 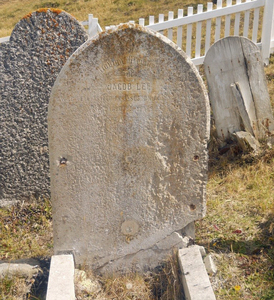 Jacob Lee died peacefully in his sleep on 8 August 1912 and Grace died not long after on 1 November 1913.

Both are buried in the Cemetery at Port Howard. In his will, Lee left £2,262 to be shared among his six remaining children and fourteen grandchildren.

My Jacob was my great great grandfather. My grandfather was George Fredrick (Ski) Lee, my father was Louis Robert (Loucho) Lee. My family now live in England. I'm in Kettering Northamptonshire