communicator, was born in Liverpool on 7 April 1924 the son of Charles Maddocks and Anne, née Swinchin.

He joined the Royal Navy during World War II and in 1944 was posted to the Falkland Islands as a radio telegraphist, serving at the Royal Naval Wireless Station at Moody Brook.

He returned to England in 1947 and then accepted a post with the Falklands Islands Government as a radio operator in the Electrical and Telegraphs Department, returning to Stanley in April 1949.

For almost all of 1951 he was posted to the Government Radio Station at King Edward Point in South Georgia.

In 1956 he was posted to Fox Bay to operate the Radio Station and postal services there, and he maintained this post until his retirement in 1980. In 1977 he received a Silver Jubilee medal for his services to the community. 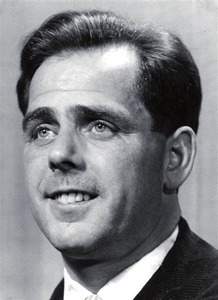