teacher, public servant, was born on 12 March 1919, the eldest child of Alexander McPhee and his wife Letitia, née Carey.

His mother died when he was six and he lived for a time on Saunders Island with his uncle before moving to Stanley to live with his grandmother. His father was working in Camp so at the age of nine he went to the Church House Hostel. 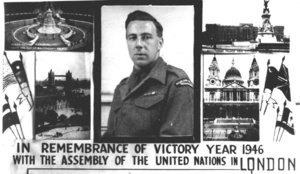 When he was 14, he went to Pebble Island to work, first as houseboy and later becoming assistant radio operator and storekeeper. On the outbreak of World War II, McPhee was despatched to Marble Mountain, at the west end of Pebble, with two other men and a radio to keep a lookout and to report any sightings via Pebble radio.

In 1942 he left Pebble and became a travelling teacher on West Falkland, moving around his beat on horseback. He often told the story of one of his pupils who said 'I like it when Mr McPhee comes because then we get pudding'. He also spent some time teaching at Port Howard where his pupils included some children evacuated from Stanley. 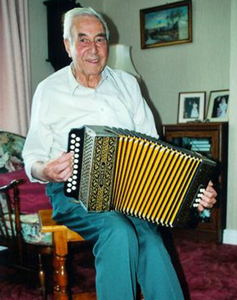 Owen McPhee in later life; he was an...

He moved back to Stanley in 1943 and worked for the Navy at the ammunition storage depot at the Canache before joining the Fitzroy later that year. In 1944 Fitzroy went south for Operation Tabarin, an experience which left a lasting impression.

On returning to Stanley, he worked with the gun and searchlight crew.

Later that year McPhee went to Teal Inlet as school teacher/bookkeeper. While there he was chosen to join the FIDF contingent for the Victory Parade in London in 1946. He remained at Teal Inlet until 1952 when he moved to Stanley and began work in the Communications Department (the Harbour Master's and Air Service office). 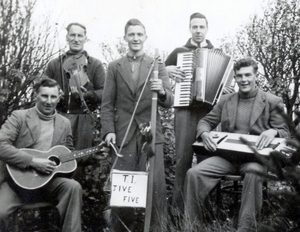 In 1953 McPhee went to Douglas Station for 6 months as acting manager and was joined there by his wife and son Terence (b1953). They then moved to Teal Inlet and whilst there had a second son, Ian, (b1954) and in 1960 went back to Douglas Station. A daughter Natalie was born in 1966.

The family moved to Stanley in 1971 and McPhee went to work in the accounts office at the Post Office where he remained until retirement in 1986.

McPhee played the piano accordion at many dances in Camp and was a member of the T.I. Jive Five and the San Salvador Syncopaters while at Teal Inlet. In Stanley he joined Rowlands Ragtime Band under the leadership of Robert Rowlands: they made an LP in the 1970s. 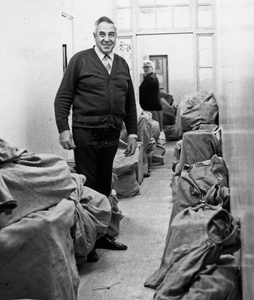 In 1978 he had a heart valve replacement operation in London. The valve, from a pig, kept going until 1995 when it was in turn replaced with a more modern version.

His wife's death in May 2005 was a tremendous blow and McPhee himself died peacefully among his family at San Carlos on 2 January 2006.

Owen and Marge McPhee were great supporters of the Cathedral in Stanley.  Marge McPhee was churchwarden for many years before her death.