FIC manager, was born in Manchester, the son of William Milne and his wife Carrie, née Millar. Harry as he liked to be known was educated at Hulme Grammar School in Manchester and later started studying to be an accountant. During World War II he joined the RAF and was shipped overseas to Canada for final training. There he met Madeline Edmond and they were married in May 1945 at Oak Lake Manitoba. They had two daughters, Carrie (b1945) and Fiona (b1949). 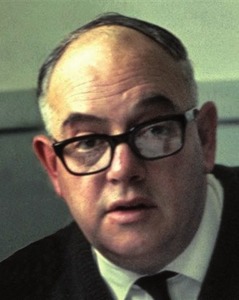 In 1945 Milne left the RAF and to resume his accountancy studies joined the firm of Leach, Johnson and Travis. In 1964 he was appointed as the Falkland Islands Company accountant in the Falklands. The family arrived in the Islands in January 1965 and straightaway took to the way of life there. Milne became involved in local affairs being the treasurer and committee member of a number of organizations for many years, including the Colony Club and Stanley Sports Association. When he first arrived he became an active member of the Tabernacle (Free Church) but later in life embraced Roman Catholicism, his wife Madeline's religion, and was a regular worshipper at St Mary's Church in Stanley.

In 1974 Milne was appointed as Stanley manager of the FIC, a position he held until 1982.  He was due to retire from the Company on 9 April 1982, but with the Argentine invasion on 2 April of that year it was mutually agreed between Milne and Terry SPRUCE the manager designate, that it would be better for all concerned if his retirement was delayed until the Islands were liberated.  He was convinced that it would only be a short matter of time until the Union flag was again flying over Stanley.

He eventually retired in September 1982 and decided, with his wife, to stay in the Islands.  They bought a property at Hebe Place in Stanley, where he opened a small shop specializing in Falkland Islands stamps, philatelic goods and books. He also carried on providing accountancy services for a number of farms in the Falklands. His philatelic interest embraced all corners of the world, as he despatched new issues to them as a service and, as a member of the Falkland Islands Philatelic Study Group was in contact with a large number of friends around the world.

In 1989, due to failing health he and his wife returned to England and settled in Northumberland, where he died in September 1990. His wife now lives in Devon near her younger daughter Fiona, while their elder daughter Carrie still lives in the Islands. Harry Milne was a large man, both in stature and of heart, and as an employer showed kindness and interest in his staff.