ornithologist, was born in Lincoln on 1 June 1948, son of Lesley Nigel Prince and Ilse, née Moggenburg. He attended Bishop King School before joining the Forestry Commission in 1963. Even then, however, his passion was for ornithology, especially bird ringing. He already held the British Trust for Ornithology's (BTO) highest (A-ringer) qualification - for a decade the only paper qualification he possessed and was active both locally and in organising overseas expeditions, especially to Spain. 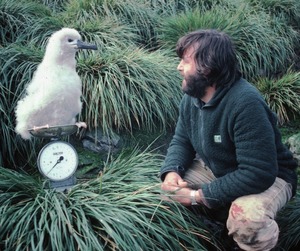 Prince joined the Life Sciences Division of the British Antarctic Survey in 1971 as a South Georgia field assistant. He rose steadily after official employment as a scientific officer in 1978 to become a principal scientific officer, an extraordinary achievement for a scientist whose only formal qualification was election as a Member of the Institute of Biology in 1980. At his untimely death in 1998, he was internationally recognised as a world authority on the ecology and biology of seabirds and as one of the most original, charismatic and influential of field scientists. Overall, he spent all or part of 18 summer seasons at South Georgia (including two and a half years continuously on his original appointment) becoming one of its greatest experts. His experience included several circumnavigations of South Georgia with Jerome and Sally Poncet and making two widely shown television films (The Return of the Fur Seal and The Million-tonne Shrimp, on krill) with Bruce Pearson.

His initial role with BAS was working for Mike Payne studying the recovery of Antarctic fur seals at Bird Island in the summer and the status of the introduced herds of reindeer at Husvik, Barff Peninsula and Royal Bay in winter. However, Prince immediately saw the opportunity to start work on the then almost unknown petrels of South Georgia, beginning with Antarctic Prion, Diving Petrels and Blue Petrel (being the first to discover the last species breeding at South Georgia). This pioneering work persuaded Richard Laws (then head of Life Sciences, subsequently director, of British Antarctic Survey) to re-employ Prince in 1976 to commence research on albatrosses, the start of a lifelong collaboration with John Croxall who had just arrived to take charge of bird and mammal research. 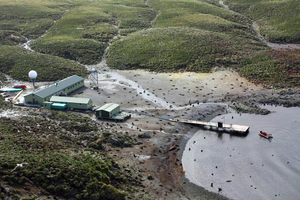 Over the next 20 years, Prince's exceptional abilities as a field naturalist and experimental scientist, coupled with an intuitive ability to devise new ways of studying seabirds' life at sea, revolutionised this branch of marine ecology. He was particularly distinguished for pioneering the use of a variety of remote-recording instruments (burrow recorders, weighing platforms, activity recorders), many of which he linked to satellite- tracking studies, using these combined technologies to determine where and how seabirds went, what they did there and how this related to their reproduction and survival. He also developed new ways of studying seabird diets, and rekindled interest in moult by decoding the remarkable patterns of feather replacement in albatrosses. He also started recording, and later mapping, schemes for South Georgia wildlife, both at sea and on land, laying the foundations for the subsequent checklists and atlases of South Georgia wildlife.

In addition, from 1976 he was base commander at Bird Island. His skills were nowhere more evident than in equipping and rebuilding (twice, including the move to year-round occupancy in late-1982) a field station whose operations and efficiency became legendary. Indeed, Prince revelled in the challenge of organising and motivating diverse people into creative teams, particularly in discovering the practical skills of scientists and unexpected fieldwork abilities of builders. 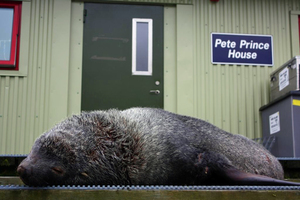 Back in the UK, he married Frances Olivia Prosser in 1978: they had two sons Oliver (b1983) and Guy (b1985). He found time not only to be a great family man but to run a BTO constant-effort ringing site, organise gravel pit restoration with Redlands, publish on Hobby falcons and dragonflies, and coach a school football team! He was an inspired leader, in everyday life as well as through his scientific example and publications. A legend at South Georgia, widely known in the Falklands, he was an inspiration to young scientists from around the world with whom he worked in the field.

His legacy is only partly in his scientific papers and films; it is equally in the careers of those he inspired and worked with. He was awarded a Polar Medal in 1978 and is commemorated by Prince Creek at Bird Island, Prince House at the Bird Island base, the Prince Room in the South Georgia Museum and the Peter Prince Memorial Nature Reserve near Godmanchester, Cambs.

See: A brief history of the research stations and refuges of the  British Antarctic Survey and its predecessors (Peter Prince is particularly associated with Bird Island)