‘Bill’ Tilman enjoyed a comfortable childhood and was educated from the age of 11 at Berkhamsted School in Hertfordshire until World War 1 drew him to the Royal Military Academy, Woolwich,  from which he graduated on 28 July 1915. He was commissioned as a second lieutenant in the Royal Field Artillery and distinguished himself at the Somme, and later battles – for which he was awarded the Military Cross (MC) and Bar. 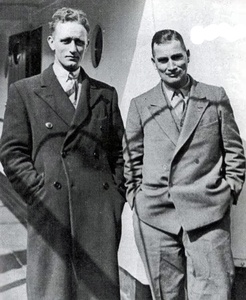 In the late 1920s in Kenya, where they were both in business growing coffee, Tilman met Eric Shipton and formed a famous climbing partnership. They conceived and pursued a stylish lightweight approach to mountaineering, their belief being that ‘any worthwhile expedition can be planned on the back of an envelope.’ Tilman went on two Everest expeditions and in 1938 reached 27,200 ft without oxygen, despite a lifelong tendency to altitude sickness. In 1936 he had made the first ascent of Nanda Devi in the Himalayas, the highest mountain to have been climbed until then, and in 1952 he was awarded the Royal Geographical Society's Founder's Gold Medal in recognition of his many and various achievements in exploration.

In World War II he again volunteered for service and fought in the Battle of France, escaping in the evacuation from Dunkirk. He was later parachuted into northern Italy behind enemy lines in order to help the local partisans and is particularly remembered today in the town of Belluno in the Veneto region where his actions proved instrumental in saving the town from destruction by the Germans. The grateful citizens gave him the keys to the city and subsequently named a road in his honour. For his actions in Italy Tilman was appointed to the Distinguished Service Order (DSO). 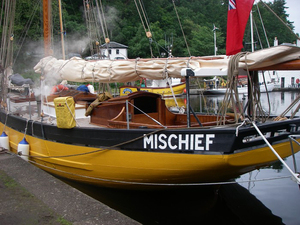 ﻿Throughout his life Tilman delighted in exploring the most remote areas of the earth and in 1954 bought his own yacht in pursuit of a life as a ‘seagoing mountaineer’. Mischief had been built in Cardiff in 1906, a 45-foot pilot cutter with a deep hull and long keel, that had served until 1919 as a working pilot boat in the Bristol Channel, owned by William Morgan, known locally as ‘Billy the Mischief’.

In his beloved yacht Tilman embarked on a series of lengthy voyages which he later recounted in a series of entertaining adventure stories, written in his own whimsical and engagingly honest style. After a succession of voyages in the high latitudes of the Arctic, Tilman's maverick journey to the Antarctic regions in 1966-67 was duly recorded in Mischief Goes South. 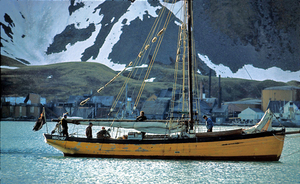 When Tilman and his motley crew arrived in the bay of Deception Island on Boxing Day 1966, they had reached the furthest point south that any yacht had by then achieved – but they were not made entirely welcome. This was the first private expedition to visit a British Antarctic station but the base leader at Port Foster, David ‘Twiggy’ Walter was unimpressed.

Tilman’s voyage had fallen into a miserable series of unfortunate events, starting with the loss of his most able sailor, David Shaw, who had fallen overboard unobserved during the passage to Montevideo. This had been followed by abandonments by other members of his crew while in port, their replacements proving quite unsuitable – “four misfits in a crew of five is too many”, as Tilman later wrote. The object of the expedition had been to attempt a landing on Smith Island, only 60 miles or so from mainland Antarctica, in order to allow a climbing party to attempt the peaks of Mount Foster (6,900 feet) or Mount Pisgah (6,000 feet) but the pursuit of this plan now appeared impossible. Moreover, following his stubbornly 'independent' nature Tilman had neglected to advise the Foreign Office of his intentions in order that bases, and ships might be alerted and thus he had placed his home country in breach of the Antarctic Treaty. 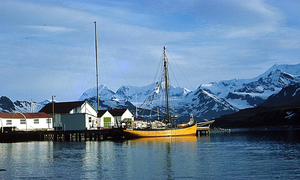 This alone would have sufficed to raise the ire of the British at the Deception base but the behaviour of Tilman's crew then made a bad situation even worse. Captain David ‘Frosty’ Turnbull of the RRS Shackleton, which had arrived at Deception on the same day, had first allowed Mischief to secure alongside and invited the crew to take their meals in the Shackleton's mess before the atmosphere soured there also.

Both Walter and Turnbull became increasingly concerned that they might end up having to take responsibility for one or all of the rebellious crew and Tilman was obliged to decamp first to the Chilean base on the island and then to continue onward to South Georgia, where he hoped to find a ship that might agree to return the most troublesome of his party to the South American mainland. 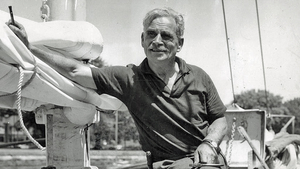 Tilman’s request to purchase a small quantity of stores had first been refused by Walter, an attitude that he compared unfavourably to the treatment that he had received at other foreign bases.

“He [Walter] looked like the earnest young head of Dr Whacko’s Academy and I felt like a newly joined urchin, too dumbfounded to utter. I can only think that this far-flung Government official, monarch of all he survived – provided he ignored the two foreign bases – greatly resented private intruders upon his small domain.”

Arriving on 21 January1967 Mischief became the first private yacht to visit South Georgia and at King Edward Point: “had something like a welcome, the warmest and kindest that Mischief has anywhere enjoyed”. The crew were invited to stay in Shackleton House. This happy beginning lasted only until the ‘sordid and ridiculous’ drunken behaviour of Tilman’s crew began to recur, culminating in threats of violence with a knife. Tilman was forced to work quickly (and largely unassisted) to prepare his boat for an early departure for Montevideo on 28 January, the first leg of an anxious and very disappointed journey home. 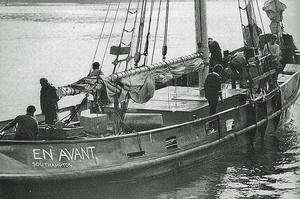 Finding personal entanglements, a distraction from his adventures, Tilman never married but remained close to his sister Gertrude Adeline and her family, returning to their family home Bodowen near Barmouth, on the Welsh coast, between voyages. An elder brother, Kenneth Cromar, had been one of the earliest members of the Royal Naval Air Service but was killed in 1924 while acting as an observer in a Parnall Panther when the plane crashed into the sea off Mallorca while taking off from HMS Argus, the first full-length flat deck ‘aircraft carrier’.

In 1973 Tilman was appointed a CBE and in1977, sensing that he had unfinished business in the southern reaches, and undeterred by being now nearly 80 years of age, Tilman joined the crew of the En Avant, a converted tug skippered by a former member of his own crew, Simon Richardson, in the hope of making a last attempt to climb the peaks of Smith Island. 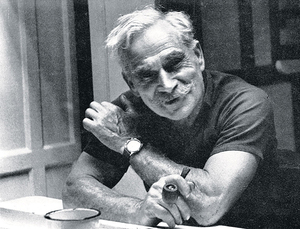 Conflicting theories abound for what misadventures may have occurred to end the extraordinary life of Bill Tilman but having left Rio de Janeiro on 1 November, it is certain that the En Avant was lost with all hands en route to Stanley, where two mountaineers from New Zealand were waiting to join the expedition. A possible collision with the Sea Lion Islands to the south of East Falkland has been suggested but no wreckage was found.

The exact location where Bill Tilman lost his life, and even the day on which it was taken, must remain a mystery.

Sir Vivian Fuchs: Of Ice and Men – The Story of the British Antarctic Survey; Anthony Nelson, 1982 [reprint of 1982 edition]