statesman and baron, the second son of the explorer Sir Ernest SHACKLETON and Emily Shackleton, née Dorman was born in London on 15 July 1911.

Edward Shackleton scarcely knew his father, who died when he was ten, although he revered his memory. He was educated at Radley and Magdalen College Oxford, where he joined the University Exploration Club. With the Club he surveyed the jungles of Sarawak in 1932 and made the first recorded ascent of Mount Mulu, the highest peak in the colony. His next expedition in 1934-5 was to Ellesmere Island in the Canadian Arctic where he over-wintered with Eskimos and when spring came undertook a long sledge journey up the east of the island. On his return he wrote Arctic Journeys and worked for the BBC and the Ministry of Information, before joining the RAF after the outbreak of war. 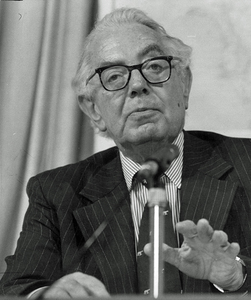 Shackleton served as an intelligence officer in Coastal Command and was twice mentioned in despatches and awarded the OBE for his work in assessing intelligence on German U-boats.

After the war, Shackleton sought a seat in Parliament as a Labour candidate. After two defeats, he was elected in a by-election in Preston in 1946. In 1949 he served as junior minister in the Ministry of Supply and then under Herbert Morrison in the Foreign Office until the Labour government was defeated in 1951. He had been re-elected to Preston South in 1950, but lost the seat in 1955. From 1955 to 1964 he was a director of the John Lewis Partnership. In 1958 he was the youngest of the first batch of Life Peers appointed by Harold Macmillan.

When Labour regained power in 1964, Harold Wilson appointed him minister of defence for the RAF, a post for which he was particularly suited through his wartime service and genuine affection for the air force. In 1967 he was promoted to the Cabinet as Minister without Portfolio and became in effect the government's trouble-shooter, almost literally when he was instructed to go to Aden to try and resolve the problems bedevilling that colony's road to independence. Two visits to Aden, one to Beirut and negotiations in Geneva with the National Liberation Front led to independence and the withdrawal of British troops late in 1967. It was an unhappy and untidy outcome, but could have been much worse.

Shackleton became heavily involved in plans for the reform of the House of Lords in 1967 but these came to naught when they were rejected by the Commons in 1969. Already leader of the House of Lords, he was appointed paymaster-general in 1968 with responsibility for the new Civil Service Department and for the implementation of the recommendations of the Fulton Report into the Civil Service. With the election of a Conservative government in 1970, he became leader of the opposition in the Lords. Shackleton was devoted to the House of Lords and had an instinctive feel for the house. As leader he showed acute political skills combining knowledge, not least of procedure, with natural charm and humour, determination and persistence and at times no little guile.

Although he retired from the Labour Front Bench after the 1974 general election, he continued to take an active part in public life and to play, as a respected elder statesman, an influential role in the Lords, focussing on scientific and environmental matters and increasingly on the Falkland Islands. In 1973 he joined Río Tinto Zinc and became its deputy chairman from 1975-82. 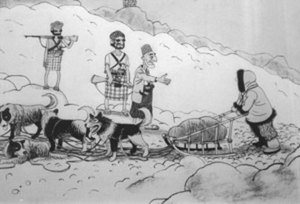 Shackleton played a key role in establishing the Lords Select Committee on Science and Technology, served on it for twelve years, was its Chairman from 1988-89 and chaired two major enquiries. The first of these was into remote sensing and digital mapping (1983-4) and the impact which these new techniques would have on the work of the Ordnance Survey. The second enquiry into British space policy (1987) advocated more investment in the UK space programme. However it received only a lukewarm response from government though it elicited useful facts and opinions on space policy. Shackleton was also invited by the Labour Home Secretary in 1977 to head a committee to examine the working of the Prevention of Terrorism Acts introduced to contain the threat from Irish terrorism. His committee reported that while the threat from terrorism continued the provisions of the acts could not be dispensed with, although it would be regrettable if these powers should slide into part of permanent legislation.

In addition to all these activities, Shackleton was an enthusiastic president of the Royal Geographical Society from 1971-74, an Honorary Elder Brother of Trinity House, a Fellow of the Royal Society, chairman of the British Australian Society, of the Remote Sensing Society and of the British Standards Institution. 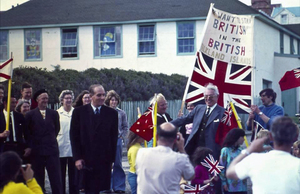 Lord Shackleton (under the Union...

He became a Knight of the Garter in 1974 and was awarded the Australia Cross in 1990.

While Shackleton had a special feeling for the South Atlantic region stemming from his father's deep Antarctic involvement, he had never been directly involved with the Islands until 1975 when the Prime Minister, Harold Wilson, asked him to review the potential for the development of the Islands' then stagnant economy. South Georgia was added to the study: 'Does anyone live there?' asked Wilson. 'No' replied Shackleton, 'but my father is buried there'.

He recruited a first-rate team of economists (PS Mould, RH Johnson and PJ Williams) and social (RJ Storey), fishery (GC Eddie) and veterinary (HLl Williams) scientists with a small secretariat headed by DS Keeling from the Foreign & Commonwealth Office. Shackleton resisted a proposal from the FCO that an Argentine expert should join the team, but in any case President PERON vetoed the idea. Forbidden to transit Argentina, the team flew to Brazil and joined HMS Endurance to reach the Islands. 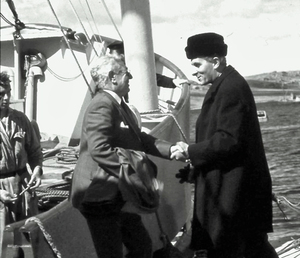 Arriving in January 1976 they spent some four weeks on the Islands, during which time Shackleton managed to call on 30 out of 36 farms. He also sailed on the ice patrol vessel HMS Endurance to visit South Georgia, where he saw his father's grave for the first time.

His report of 454 pages was produced in five months and constituted a major survey not only of the economy but also of many other matters including airport expansion, fisheries, possible hydrocarbon development, the subdivision of the large absentee-owned farms, social matters, education and the organization of government. Shackleton later informed a friend that his positive recommendations had been greeted with surprise by the Prime Minister James CALLAGHAN and with no little concern by the FCO. The government had assumed that he would conclude that the development of the Islands was impossible without a close relationship with Argentina. Instead he reported that the Islands could be made viable. 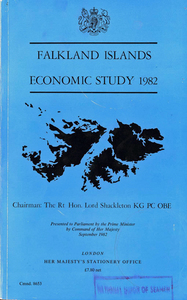 In February 1979 Foreign & Commonwealth Secretary Antony Crosland announced that the Government was not prepared to accept his more costly proposals. By the time of the Argentine invasion in 1982 some progress had been made in implementing some minor and less expensive recommendations but none with the more important and costly ones such as major airport expansion and fisheries.

As soon as it was clear that the Argentine invasion would not succeed, the Prime Minister Margaret Thatcher asked Shackleton to update his 1976 report. Gathering four of his old team (Eddie, Johnson, Storey and Williams), he added SH Pickett from the Highlands and Islands Development Board and PJ Williams from the SIGMA Group with KD Temple from the Cabinet Office as secretary. The team produced a new report, 137 pages long, in less than two months. Shackleton repeated most of the recommendations in his first report, highlighting the importance of the breakup of the large absentee-owned farms to create smaller owner-occupied farms. 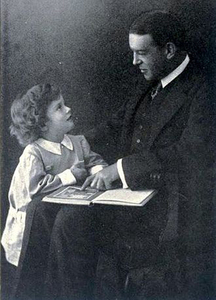 In this new report Shackleton made important new proposals including the creation of a development corporation, the introduction of a fisheries regime and the establishment of a 200-mile fisheries limit. The Conservative Government accepted virtually all of the updated recommendations and by the early 1990s almost all had been implemented or were well under way. The greater prosperity resulting from a fishery regime has done much to enhance self-confidence and initiative in the Islands and to reverse the serious brain drain. Today the Islanders have real faith in the future of their Islands.

After his first report he continued to champion the cause of the Falklands both in and out of Parliament. He visited the Islands once more in 1985 for the formal opening of Mount Pleasant Airport - particularly satisfying as his second report had described the need for a full size runway as an absolute priority. Using his political acumen and his vast bank of contacts he took the lead in saving the ice patrol vessel HMS Endurance and ensured its replacement in 1991 by a second ship of the same name. 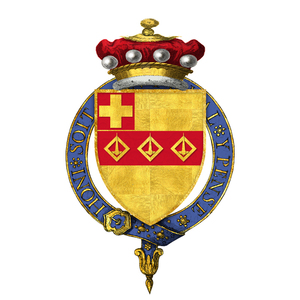 He founded the South West Atlantic Group, which became an influential pro-Falklands lobby. It was therefore fitting that the Islanders showed their gratitude in 1988 by granting him the freedom of Stanley.

After his death the Shackleton Scholarship Fund was created in his and his father's memory with a very substantial contribution from the Falkland Islands Government and donations from people in the Islands and in Britain. It awards scholarships designed to increase knowledge of the South Atlantic Region and to enhance the quality of life in the Falkland Islands. Lord Shackleton at his father's...

He bequeathed his Garter Banner to the Cathedral in Stanley, where it now hangs. He and his memory mean a great deal to the Islanders.

His expedition leader in Sarawak described Shackleton as 'powerfully built, breezy and bouncing' - an apt description. He certainly had great courage, both physical and moral. This was shown in his two expeditions and in the way in which the man who had always taken pride in his physical stamina, confronted the frustrations of enfeebled health. From early childhood until his last days he lived the fullest of full lives. For him friendship meant a great deal. He was exceptionally gregarious with friends of all ages and greatly enjoyed the social scene and with it good cheer, good company and, when the moment was propitious, going out on the town. He had, too, a keen enjoyment of sport - above all skiing - to a ripe old age and a lifelong addiction to ocean swimming and surfing. With all this went a deeply serious and engaged side and great continuity of interest. From his early years exploration meant much to him and so it continued all his life. So too with his other interests: geography in the widest sense, the whole area where government and politics and science interact and those issues or organizations which he had made particularly his own.

Shackleton was an intensely loyal man: to his country, albeit not uncritically; to his Party; to his friends; and to the causes which he made his own. Above all he was loyal to his family which meant so much to him. He married Betty Homan in 1938. They had two children: Alexandra (b1940) and Charles (1942-1979). He died of a stroke in Lymington, Hants on 22 September 1994.

It was the great good fortune of the Falkland Islands that they attracted his interest and affection and that he became their friend and champion at a time when their future looked bleak and when others had lost interest. He sketched the outline of the Islands' current prosperity in his 1977 report, confirmed it in 1982, and lived to see the Falklands liberated, secure, prosperous and economically self-reliant.