foreign secretary, prime minister and baron, was born on 27 March 1912, son of James Callaghan, an Irish CPO in the navy. Educated at Portsmouth North Grammar School he entered the Inland Revenue as a clerk and became increasingly interested in trade union affairs. After service in the navy during World War II he was elected to Parliament for Cardiff South in 1945 and held junior ministerial posts in the Attlee government. He was opposition spokesman for the colonies during the fifties and shadow chancellor of the exchequer. When Labour returned to power in 1964 he served as chancellor and then as home secretary. In opposition again, he was shadow foreign secretary and he assumed this post in the Wilson government of 1974. 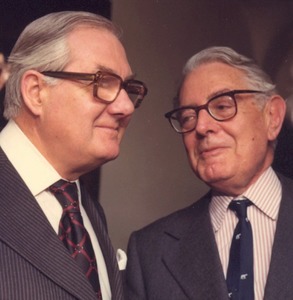 71 Two Lords: with Eddie SHACKLETON in...

Both as foreign secretary and as prime minister, Callaghan took a continuous interest in Falklands affairs. When he took office the idea of condominium was still being mooted as a basis for further negotiations. The Argentines proposed it as a preliminary to the transfer of sovereignty, while British officials advised that there should be talks on safeguards in the event of joint administration without prejudice to the sovereignty question. It became increasingly unlikely that Islanders would participate in such talks and Callaghan minuted 'Leave this poisoned chalice'. There followed a period of misunderstanding in which the Argentines hoped for further progress and Islander opinion, influenced by the Falkland Islands Committee in London, remained suspicious and hostile.

While Callaghan was causing Falklands policy to be re-examined, an Argentine newspaper began a campaign advocating the invasion of the Islands. The Argentine foreign minister, Vignes, appeared to support this at a press conference on 19 March 1975. Callaghan, revealing the tough position he was invariably to adopt over possible Argentine military action, instructed the new British ambassador, David Ashe, to threaten 'serious consequences' in the event of unilateral action by Argentina. In May 1975 Callaghan had concluded with Prime Minister Wilson that the best way ahead lay in prompting discussions on economic issues, in particular oil and fisheries. They hoped that collaboration in these areas would postpone discussions on sovereignty, although it was acknowledged that it would have to be discussed eventually. Both Wilson and Callaghan insisted that the views of Islanders were paramount. The Argentines refused to discuss economic collaboration, proposing the lease-back of the Falklands and immediate occupation of the Dependencies. This was in turn rejected. 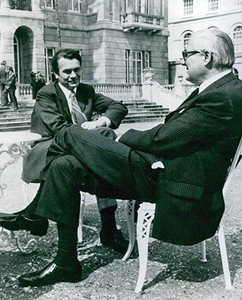 Nevertheless Callaghan continued his attempts to interest the Argentines in economic collaboration, including over Lord SHACKLETON's economic survey of the Islands. He refused to discuss sovereignty and maintained his firm stance towards any suggestion of an invasion. Various devices to involve Argentina in the survey were rejected with a warning of 'a head-on collision' and an implied invasion threat. On 3 January 1976 Shackleton and his team arrived from Montevideo in HMS Endurance. Ambassadors were withdrawn.

Relations remained tense. Callaghan made a conciliatory statement in the Commons on 14 January 1976 but on 4 February an Argentine destroyer fired on and attempted to arrest the RRS Shackleton (Captain WARNE). This resulted in the further deployment of HMS Endurance in the South Atlantic which was to occur each year under successive Labour ministers until its withdrawal was announced by the Conservative defence secretary on 30 June 1981. 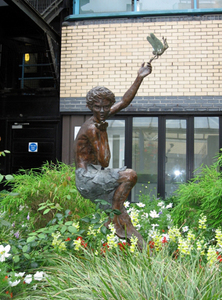 The 1976 Shackleton Report, apart from prompting an extreme reaction from the Argentines, was an embarrassment to Callaghan. He had expected it to conclude that the Falklands had no future except in collaboration with Argentina. In the event Shackleton concluded that the Islands had a reasonable future without Argentina provided that they received financial aid from Britain totalling some £14m over five years, including, most importantly £2m to extend the runway at Stanley airfield.

When Callaghan became prime minister he appointed Anthony Crosland as foreign secretary. Crosland died prematurely in February 1977 and was succeeded by Dr David OWEN. The entries for Ted ROWLANDS, minister of state under Crosland and Owen, cover the principal Falklands events of Callaghan's premiership. However two events were subjects of controversy in the aftermath of the invasion. Both Callaghan and Owen were concerned at the relevance of each for their reputation and the record of the Labour Government. 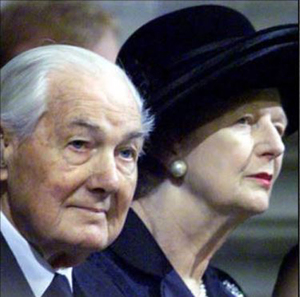 The first was the Argentine military presence, detected by a helicopter from HMS Endurance in December 1976 in Southern Thule, an uninhabited island in the South Sandwich Islands. After protests and negotiations the Argentines withdrew in March 1977 and a proposal for joint scientific cooperation was launched which was still on the table when Callaghan left office. In face of criticism from Mrs Thatcher in Parliament on 3 April 1982, Callaghan made a virtue of necessity by maintaining that his government's dealing with Southern Thule was 'the correct way to handle the problems of the small uninhabited islands - keep the temperature down and do not get boxed in to the point of having to surrender or to fight'.

The second event was the despatch in December 1977 of a nuclear submarine to Falklands waters, when it seemed that the next round of talks with Argentina to be held later that month in New York would be especially tense. In his memoirs, Callaghan says:

... when it seemed possible that our next round of talks might result in considerable tension, a force was despatched even before the negotiations began, backed by a nuclear-powered submarine with orders to remain submerged and exercise surveillance over the several approaches to the islands. This submarine carried out a very valuable function in observing ship movements in order to assess any build-up that might point to an invasion.

Callaghan goes on: 'We made no formal communication to the Argentines of these precautionary moves but I informed the Head of MI6 of our plans before the ships sailed and it is possible that, as I hoped, some information reached the Argentine Armed Forces'. Lord Franks's report states that 'Cabinet Committee papers show clearly that the forces should remain covert'.

In his contribution to the Franks Debate (Hansard 26 January 1983) Callaghan declined to be drawn on the question of whether the Argentines had received information that the submarine had been sent. He accepted the view expressed by Franks reiterating his words that 'the Argentine threat receded, and it was agreed after the talks that the naval force could be withdrawn'. He went on to say 'The major issue at that time...was... that we were there. We were in a position ... to buttress our negotiations were they to break down'.

In the Franks Debate generally Callaghan was highly critical of the way in which Mrs. Thatcher had handled the Falklands situation in the period immediately preceding the conflict, accusing her of 'lack of vigilance and foresight in the months leading up to the invasion' and the Government of 'an error of judgment in preparing to meet an act of aggression'. He concluded: 'But if I must sum up the past decade, I do so by saying that there was a Labour Government who preserved an honourable peace and a Conservative Government who won a costly war'.

His government lost a vote of confidence in the Commons in March 1979, he was defeated in a general election in May, and he resigned the leadership of the Labour party in 1980. He was made a life peer (Baron Callaghan of Cardiff) after he retired from the Commons in 1987. He died on 26 March 2005.