civil servant, was born in Stanley, Falkland Islands, on 4 September 1916, the eldest surviving son of the large family of Bernard Claud Biggs and Kathleen Mary Biggs.

In childhood he contracted polio, spending several years in bed. He was left with a weak leg and permanent limp and had to wear a caliper. On leaving school, he became messenger boy for the Falkland Islands Company and believed the cycling strengthened his leg to the extent that he was able to do without the caliper. 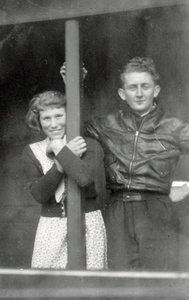 In spite of the lack of formal schooling he had a very alert mind and soon became clerk in the office of the King Edward VII Memorial Hospital. Here he met his future wife Miriam MacGill and married in 1936. They had three children, Noeline (b1937), Kim (b1939) and Rosina (b1946).

He took to married life with enthusiasm, keeping an excellently productive vegetable garden, a peat shed filled with good peat and a cow to provide his family with milk.

Biggs joined the FIDF, thoroughly enjoying the training camps and exercises. Because of his disability he was unable to join his brothers when they enlisted for service with the British forces at the start of World War II. As a result, he was nicely placed when the Falkland Islands Government was looking to fill the position of customs officer and post master in South Georgia. 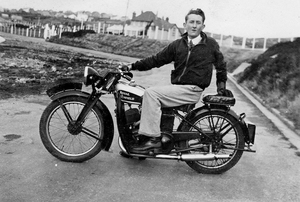 In 1942, he and his wife and two children travelled there on RMS Fitzroy and spent the next three years on the Island. The job was interesting and varied as there were then three active whaling stations and the oil produced had to be monitored, entailing trips on the small whale catchers; somewhat of an ordeal for a man who was a notoriously bad sailor. In his spare time, he learned to speak Spanish. Everyone had to learn to ski and suitably small skis were specially made at the Grytviken Whaling Station for the children.

In 1945 the family returned to Stanley and Biggs was appointed senior customs officer for the Falkland Islands. He enjoyed the work, and in 1949 Governor Miles CLIFFORD arranged for him to receive training in London. The family, which now included another daughter, spent six enjoyable months there whilst Noel was working with HM Customs at Tilbury. In 1952, again sponsored by the Governor, he applied for a posting to another British territory. 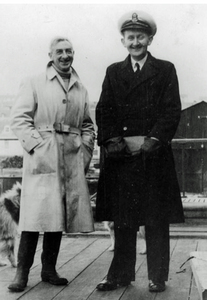 Noel Biggs (on right) in uniform on...

In March 1952, Biggs took up his post as collector of customs and excise in Mombasa, Kenya, where a very successful and satisfying career within the East African Customs and Excise Department ensued. He enjoyed his contact with the diverse shipping around the Coast and in due course learned the intricacies of the brewing industry where it attracted excise duty.

He was serving in Dar es Salaam, Tanganyika, as regional commissioner of customs when the territory was granted independence.

In 1961, Biggs married Agnes Power, a nursing sister from Waterford in Southern Ireland, and they had three daughters: Kathleen (b1963), Bernadine (b1967) and Sheelah (b1970). After a short spell in Hampshire he moved to Southern Ireland, where he bought a piece of land on the Waterford coast and set up a very successful caravan park. Here he brought up his new family. 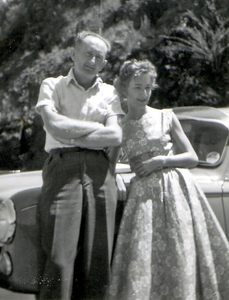 He battled for several years with Parkinson's disease and died in Co Waterford in 1987. His wife Agnes died in 2003.