with Operation Tabarin*, was born in Stanley on 31 October 1923, son of Alexander Latto Blyth and Christine Agnes, née Morrison.

He spent most of his childhood in Stanley. In January 1944, as a member of the Falkland Islands Defence Force, he heard that a team of British scientists needed a cook for an Antarctic expedition. He immediately volunteered, as a relief from the sentry duty in which he was mainly engaged. 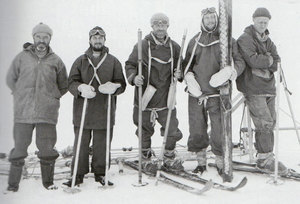 He found himself a member of the then secret Royal Navy Operation 'Tabarin', launched to safeguard British sovereignty in the Falkland Island Dependencies (now British Antarctic Territory).

Sailing from Stanley in HMS William Scoresby in March 1944, Blyth joined the nine man party at Port Lockroy (Wiencke Island, Danco Coast), where they established a base known as Bransfield House. Although he had been engaged as cook, in fact he acted only as cook's assistant, for much of the cooking was taken over by the stores officer, old (47) Tom Berry, who had served as chief steward in RRS Discovery before the war. In the best Antarctic tradition, Blyth adapted himself to the role of handyman, assisting in all the activities at the base, including carpentry, photographic work, and collection of scientific specimens.

Blyth returned to Stanley in December 1944 and, the following month, sailed south again for a further year, bound this time for Hope Bay, Trinity Peninsula, where he was a member of a 13 man party, working hard to establish a new base, known as Eagle House. Again he found himself as Berry's assistant in the kitchen and as handyman about the base, with the chance to take part in a few short sledge journeys with the newly arrived dog teams. 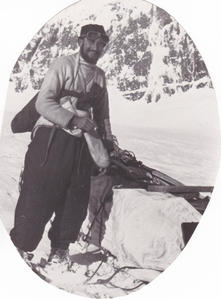 He later recalled that on 8 May 1945 (VE Day) he heard George VI and Churchill on the radio, and drank a toast to the end of the war in Europe. He was a good man to have at base on such an occasion, and on party nights, for he played the accordion and had a good singing voice, although not everyone appreciated his crooning in Bing Crosby style!

Blyth returned to Stanley in January 1946. However, he had not finished with the Antarctic, for, towards the end of 1947, he signed on for a further year with the FIDS, returning to Port Lockroy as handyman in a four man party. His final year in the south was not without adventure. He achieved a record fast descent of Jabet Peak, above Port Lockroy, when a slip on ice launched him down the mountain at a speed that safely carried him over a four foot wide crevasse. On another occasion, he and two others from the base rowed over to the neighbouring Doumer Island for a one night visit, and then found their return cut off by drifting sea ice. As a precaution, they killed two seals to augment their food and fuel, but they had no radio to tell the base leader, alone at base, of their predicament. On the sixth day a change of wind dispersed the ice, and they were able to row home, to the intense relief of the base leader. 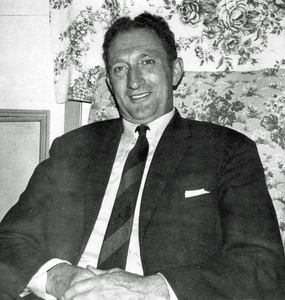 After his return from the Antarctic in early 1949, Blyth worked until his retirement in various jobs, including lighthouse-keeping, gardening and shepherding in Camp and Stanley and, for four years in the l970s, in the United Kingdom as a security guard.

He looked back on his Antarctic years as the happiest of his working life, among some of the best friends he ever made. He was justly proud to receive the Polar Medal (with Antarctic clasp 1944-45) in 1953, and of being later commemorated in Blyth Spur, on James Ross Island. 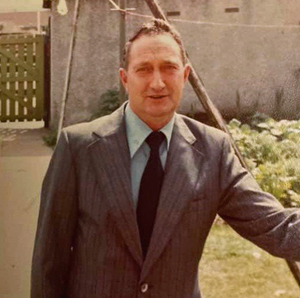 He married his second wife Paz Neri Igao from the Philippines in August 1985. With her, he visited the Philipines for the first time in the last year of his life.

For more detailed information on the early history of Stonington Island, Marguerite Bay and other British Antarctic bases see: https://margueritebay.org/