Canadian author, was born in Fox Bay, West Falkland on 4 July, 1906. Her father, Percy Reginald Bolus MD, was Falkland Islands physician with the British Colonial Office, as well as magistrate, customs officer and registrar-general. Her mother was a native Islander, Viola Constance Bolus, fourth child of James John FELTON and Sarah (Turner) Felton. She moved to England before the birth of her brother and sister, being educated at Bedales and Sydenham High School, matriculating from Clarks College. In 1926 her father was posted to Ottawa, Canada. Malvina Bolus held secretarial positions in the House of Commons, serving as personal secretary to Canada's first woman member of parliament, Agnes Macphail, from 1928 to 1936. In 1936 the two participated in a study trip through Scandinavia and Stalin's USSR. The next year, in a widely reported seven-month tour, she and a cousin drove around the United States demonstrating a large caravan. 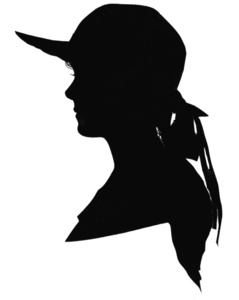 In 1939, Malvina Bolus returned to London as personal assistant to the senior Canadian generals in Canadian Military Headquarters. In 1944 she was appointed private secretary to the Head of the London Mission of the US Office of Scientific Research and Development, moving in 1945 to New York, where she worked under Vannevar Bush and subsequently took a secretarial position with the Kellogg Foundation. In 1946 she returned to Ottawa as editorial assistant for the Canadian Geographical Society, becoming assistant editor of the Canadian Geographical Journal in 1948.

A lifelong active member of the Canadian Women's Press Club, she compiled the first photographic anthology of Canadian landmarks and landscapes, Image of Canada (1953). Bolus moved to the Hudson's Bay Company in Winnipeg, editing its magazine The Beaver from 1957 to 1972. She was noted for her exhaustive editorial checking, maintaining an exacting standard of 'total detailed accuracy' as well as writing several noteworthy articles. Under her editorship The Beaver became one of North America's foremost historical publications - its 1967 special issue, Eskimo Art, was reissued as a book. In 1972, she edited the anthology People and Pelts. Malvina Bolus made numerous excursions to the Canadian Arctic, where she acquired an exceptional collection of Inuit (Eskimo) art and was influential in arousing interest in the subject. 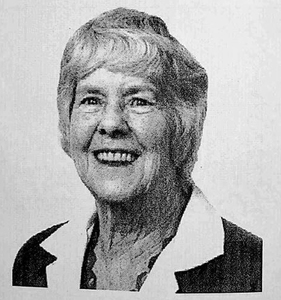 She received a number of Canadian and American awards, including the Canadian Historical Association's 1961 Order of Merit, and in 1970 was one of 27 Canadians honoured by the Governor-General with the Medal of Service of the Order of Canada. In 1972, she retired to Victoria, British Columbia. She remained active in historical, natural history, and geographical societies, and travelled to Central and South America, the Orient, and New Zealand.

Though she never returned to her birthplace, she maintained a lifelong interest in the Falklands, holding shares in the Falkland Islands Company and entertaining the Islands' athletes at the 1994 Victoria Commonwealth Games. She continued corresponding with her Falklands relatives until her death in 1997. Malvina Bolus was 'an extraordinary person who has made a great contribution to Canada.'

See: The Beaver - magazine of the North