farmer, was born on 19 December 1841 in Westminster, London, third child of Henry FELTON and his wife Martha.

The family were among the PENSIONERS who arrived in 1849 on the merchant ship Victory. After several years as clerk or accountant for the Falkland Islands Company and then Dean Brothers in Stanley, in 1871 Felton applied for the lease of the land known as Teal Inlet on East Falklands. His application was successful and he began the difficult task of establishing a sheep farm on what he later called 'Evelyn Station' after his eldest daughter. 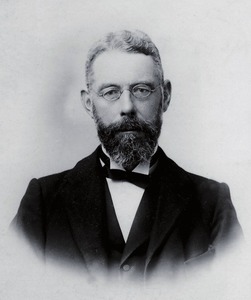 'JJ' as he was commonly known was a very successful and respected sheepfarmer and he had built up a small community of families on the farm by the time he retired to Stanley. He was appointed a Justice of the Peace in 1888 and in 1902 was also appointed a member of Executive Council. 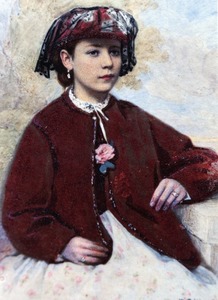 The Feltons built 'Malvina House' in Stanley in the 1880s, named after their youngest daughter. This house was to be the social hub for many naval visitors, and other young men who were attracted to the vivacious daughters. (The original house has been demolished and another built, but one of the conservatories remains).

His obituary in the Falkland Islands Magazine & Church Paper of 1911 describes how:

For many years his tall figure was to be seen daily, working at his house and garden in which he took so much pride, and it was only when his children all of whom are married, one by one left the old home for homes of his own that he began to take numerous journeys to England. In the year 1905 Mr Felton's eyesight which had become defective from years of hard work at books, somewhat suddenly failed and he paid visits to leading oculists in England and Germany, only to learn that all they could do was preserve what little sight was left to him. This meant giving up riding, smoking and reading, the latter especially a severe loss but he unfortunately became the subject of severe headaches as well. Only those who have had similar misfortunes can realize what all this meant, but it was met with dogged determination which never left him even to the last. Mr Felton's last visit to Stanley was in 1909. He had, we think, fully hoped to end his days here, but his general health became so bad that he decided to return to England for the best advice procurable. When it was known that he was suffering from cancer, it was evident that the end was not far distant. 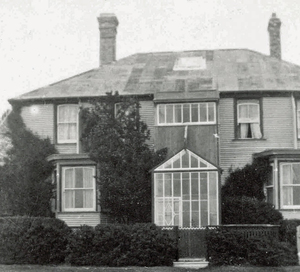