soldier and patriarch, was born in the Parish of St. George's, Hanover Square, London in 1798, the youngest son of William Felton, coach maker, and Sara.

The four Felton children were said to have ridden in the first steam carriage ever to run in London, in 1803, as their father had made the bodywork. Henry Felton's military records state that he was an apprentice to a coachmaker before enlisting in the Second Regiment of the Life Guards in 1820. 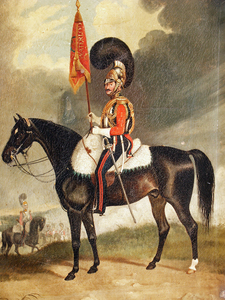 Tall, grey-eyed, with a fair complexion and brown hair (according to his military records), he served as a private initially, before being promoted to corporal of horse in 1823, and to troop corporal major in 1835. In 1844, having served 24 years and 187 days with no service abroad, he was discharged from the Life Guards with a persistent pain in the left side, attributed to a bout of jaundice contracted in 1833, which hampered his riding duties. His discharge testimonials showed Felton to be excellent, honest, trustworthy, sober and keeping his troop in excellent condition.

On his discharge, aged 45 years, Felton emerged from Regents Park Barracks with a ruddy complexion and a pension of two shillings a day. A further testimonial signed by several inhabitants of Windsor endorsed the good character references of the Life Guards. 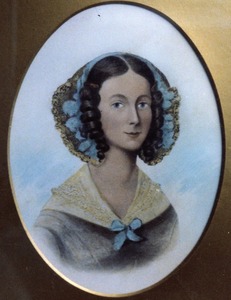 In 1838 Felton and Martha Ann Staples, of 2 Cross Street, London were married at St Martin in the Fields in London. Her father was an 'oilman' or paint manufacturer and possibly the two met through their fathers' businesses. Their marriage produced seven children, born in England: Henry (b1840), John James FELTON (b1841), Martha Ellen (b1842), Norah (b1844), Catherine Beatrice (b1845), Alice (b1847), and Charles (b1849). Some family sources believe he may have been a publican or hotelier in Windsor after he left the army.

At this time in the Falklands, Stanley was being established and pioneer settlers of good character and with some form of military training were needed in the young colony. The cheapest solution was to enlist retired soldiers - military PENSIONERS - from Britain whose wives were to be experienced in domestic, dairy and gardening tasks so that families would be self-supporting. 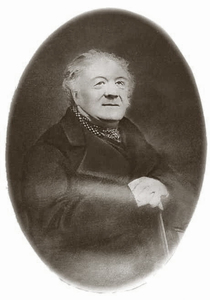 Henry Felton as an old man

There was no shortage of such men and their families, prepared to face the long voyage and the pioneering hardships on arrival. Felton was over the required age for volunteers and had more children than was deemed suitable. But the Feltons were accepted and he was given the rank of sergeant major under Captain Reid, who commanded the thirty pensioners.

On 13 October 1849, the merchant ship Victory sailed into Stanley with the pensioners and their families, a total of 120 people. Prefabricated cottages were brought out for the pensioners and overseeing their erection on Pioneer Row and Drury Street was one of Felton's responsibilities. 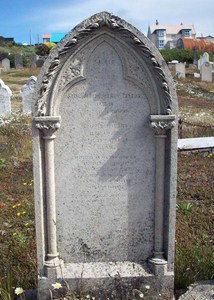 A pioneer's final resting place - the...

Despite difficult times for these families, the Feltons stayed on in the Falklands and Martha produced seven more children: Madeline (b1850), Walter (b1851), Arthur Ernest FELTON (b1853), Herbert Stanley (b1855), George Oscar (b1857), Randolph (b1860) and Matilda (b1862). The Pioneer Row house became too small for the family very quickly, so Felton became publican at the 'Queens Arms' in Stanley (later the 'Stanley Arms') and the family lived there.

When Reid left, Felton became officer in charge of the pensioners and of the local militia. He served as a Justice of the Peace and as a member of ExCo, but no dates appear for these appointments. He died in 1876 at the grand age of 79 years, followed by his wife aged 66 years, in 1880.

They are buried side by side in the Stanley cemetery.

A stamp issue of 1994 to celebrate the 150th anniversary of the founding of Stanley features Henry Felton on the 35 pence stamp.

This is fabulous information, so much of his career is mirrored in my (his) family today!...this has been really interesting to read. I have a picture of the Felton flower that is grown in the Falklands too. Thank you for your time.