His father died when he was three and he was educated at Wellington and University College Oxford.

He entered the Colonial Service in 1925 and was posted to Northern Rhodesia {Zambia}. He served as district officer in the bush and in the Secretariat at Lusaka. During the early years of World War II he was information officer in Lusaka when he was offered the post of colonial and financial secretary in the Falkland Islands. 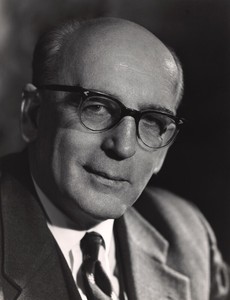 After sailing from Capetown via Buenos Aires and Montevideo, he was told on arrival by the captain of the Fitzroy: 'Don't imagine that you're going to achieve anything here. No colonial secretary ever has'. Bradley added: 'He was right', and clearly he found the trivia of administration in a small colony unsatisfying and perhaps Governor CARDINALL uninspiring. 'We were two men and a boy keeping the parish pump going,' he wrote in his memoirs.

However he did find the chores of colonial secretary in the Islands useful preparation for similar duties on a larger stage in Africa.

Organising the logistic backup to Operation Tabarin* was a challenge he enjoyed and he managed one trip with the Fitzroy to the Antarctic which left a deep impression.

In November 1945 he left Stanley for the Gold Coast {Ghana} to become under-secretary as that colony entered a troubled period of strikes in the run-up to independence. In 1948 he returned to London to edit a new journal for the Colonial Service called Corona. In 1953 he became director of the Commonwealth Institute and supervised the building of the new institute in Holland Park which was opened in 1962. He retired in 1969, but remained a trustee until l971. He was awarded the CMG in 1946 and created a Knight Bachelor in 1963. 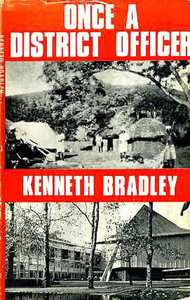 Once a District Officer

Bradley wrote a number of books on Africa and the Commonwealth of which Diary of a District Officer was the most successful. His memoirs Once a District Officer briefly describe his three years in the Falklands. He married Emily Guyon Rea in 1926. They had two sons.