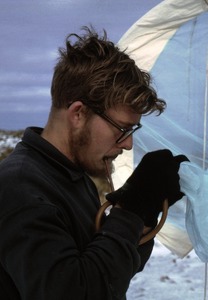 Clagg was raised in Honolulu, Hawaii, where the family moved after World War II. He studied biology at the University of Hawaii.

The party of three left England on the RRS Shackleton in early October, arriving in Stanley in November 1962. There Clagg delivered entomology supplies to Ian STRANGE who had been making insect collections in the Falklands in collaboration with the Bishop Museum's Entomology Department chairman, Dr J Lindsey Gressitt. 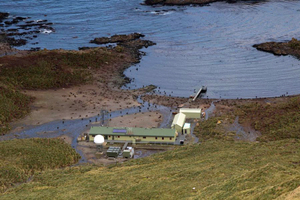 The Shackleton arrived at Bird Island, South Georgia in early December 1962 after a stop at King Edward Point (KEP) to pick up Bill Vaughn, the sealing biologist, who was to conduct southern fur seal studies for a few months on Bird Island.

Clagg made extensive collections of insects and other terrestrial arthropods on Bird Island during the first year, December 1962 to November 1963. These collections were extended to several other locations on the main island of South Georgia during the following summer season from November 1963 to April 1964. These locations included the peninsula with KEP and Grytviken whaling station, the peninsulas adjacent to Husvik and Leith Harbour whaling stations, the Barff Peninsula, and the environs of Moltke Harbour. 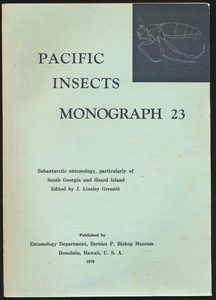 While on Bird Island, Clagg also assisted Tickell and Pinder with their bird banding studies, Vaughn with his fur seal studies, and conducted his own independent leopard seal study during the winter season. Of course, the whole team worked together to construct the three additional buildings at the Fresh Water Bay Base Camp adjacent to 'Bonner's Bothey', the first permanent structure on Bird Island built by biologist Nigel BONNER in the 1950s.

In the 1970 Pacific Insects Monograph 23, Dr J Lindsey Gressitt had counted a total of 149 terrestrial arthropods documented from South Georgia collections by Clagg and others. Of these, 41 were Free-living Insecta, 55 were Free-living other arthropods and 53 were Parasitic Acarina and Insecta .

After his work in South Georgia, Clagg served four years in the US Coast Guard and finished his formal education obtaining a bachelor's degree in Forest Management Science in 1974 and a master's in Fire Ecology in 1975, both at Colorado State University.

He then pursued a career in forestry and wildfire management with the US National Forest Service. Clagg married Dorothy Ann Herrmann of Peru, Illinois, on 25 October 1969. The Claggs are now both retired and live in Prineville, Oregon. They have no children. Both are Christians.