farm manager, was born in Stanley on 24 October 1893. He was the only son of William Alfred HARDING and Augusta Amy, née Oxborrow. His father was for many years the Stanley manager of the Falkland Islands Company. Harding was educated in England, and after his return to the Falklands in 1911 he began his farming life as a cadet at San Carlos. 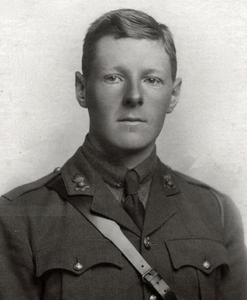 A year later he moved to Port Howard on West Falkland where he spent four years as a cadet under the then manager, RC POLE-EVANS.In June 1916 Harding left the Islands to fight in World War I.

Many of his contemporaries were already serving, some had been wounded, some had died. He joined the 77th Brigade of the Heavy Artillery Group and served in France for the rest of the war as a gunnery officer, attaining the rank of captain. News of Harding's 'wonderful escape from death' was printed in the Falkland Islands Magazine in October 1917. Together with four other gunner officers, he was in an observation post near Armentières when a shell burst, killing two and wounding another of his fellow officers. He spent some time in hospital in 1918 suffering from shellshock, and for the rest of his life was subject to appalling nightmares.

Harding's father had retired to England in 1917. Harding himself returned to the Falklands after demobilisation in 1919, becoming manager of Fitzroy station, then owned by Vere Packe. Harding entered the service of the Falkland Islands Company when they bought Fitzroy and continued there until transferred to North Arm as manager in 1923. 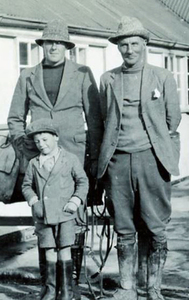 In 1924 Harding married Beatrice Luxton of Chartres: they had no children. They lived at North Arm until 1932 when they returned to West Falkland where Harding became manager for Holmested Blake and Company at Hill Cove.

He was respected by all who knew and worked for him during his many years at Hill Cove. On retirement in 1953 he and his wife moved to Stanley.Harding spent many years in unofficial service to the Falkland Islands Government. He was appointed to LegCo from 1919 to 1923, and again from 1956 to 1960. In 1936 he was made a Justice of the Peace. He was appointed to ExCo in 1953 where he served until his death in 1965. 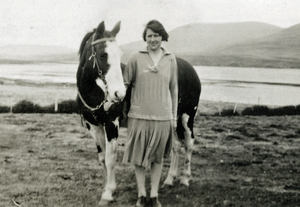 Harding was awarded the OBE in 1958 for honourable public service.

During World War II he was in charge of the Defence Force on West Falkland, resuming his rank of captain for the duration, according to surviving telegrams of the period. In addition to government service on both Councils he was, after retirement, joint chairman of the Sheepowners' Association. He also served as a director to several farming companies.

He was a quietly spoken man with a reserved manner, but family and close friends knew the serious minded appearance hid a tremendous sense of humour. Having no children of his own he took great interest in his beloved nieces and nephew, and they returned his affection, knowing him to be a kind and compassionate man, and a true friend to them. 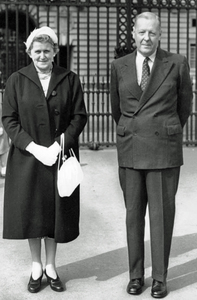 Hugh and Beatrice Harding at...

His obituary, written by a contemporary, includes the remark: 'Probably his most marked character was his complete and utter integrity - the very soul of honesty'.