civil servant and businessman, entered the colonial service in 1884 and was temporarily seconded to the Falkland Islands in 1890. Following his return to England in 1892 he was recruited by the Falkland Islands Company and returned to the Islands later that year, becoming a most able second in command to the then colonial manager, AE Baillon, whom he succeeded in 1898. Harding married Augusta Amy Oxborrow in the islands and they had two children, both born in the Islands: Hugh Cullen HARDING (b1893) and a daughter Dorothy Ruth (b1895) who sadly died of meningitis in 1901. 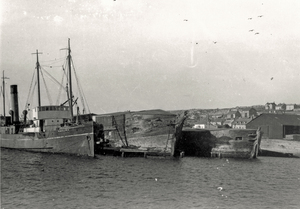 Harding's colonial service background did much to heal the rift which had developed between the company and the government, but his most important contribution was in establishing a rapport with the independent farmers, perhaps influenced initially by his success in persuading the governor to drop his plans to introduce a graduated land tax. However it was Harding's personal qualities which made him a successful colonial manager over two periods, 1898-1916 and 1919-1922. A man of great intelligence, shrewd and level-headed in business matters, he had a keen sense of humour and was a delightful companion, always ready to help and advise.

His early years as colonial manager were marked by an upsurge in the ship repair business and the assumption of the shipping agency for the Pacific Steam Navigation Company, which was appointed to run the mail contract in 1900. He faced difficulty in securing backing for his ideas in shipping and retailing because FE COBB, the managing director in London, proved as obdurate as his predecessors in the head office. 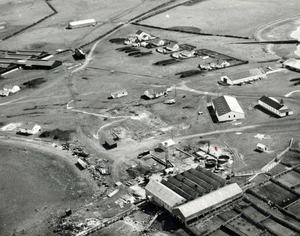 However the Company turned to steam for its inter-island service and established a mutton-canning factory at Darwin in 1911 which proved highly successful during World War I. Harding, who did not enjoy the best of health, faced a challenging time early in the war when, in November 1914 following the Battle of Coronel, the colony faced an imminent attack from von SPEE's powerful naval squadron. Harding organised the evacuation of people, stores, cash and records on SS Falkland to Darwin and dispersed the Company's small craft around the colony.

Harding's qualities and popularity were such that he made a major contribution to community affairs. He was appointed an unofficial member of the LegCo in 1899 and served until his retirement to England in 1917. He was also a nominated member of ExCo from 1915 to 1917. He returned to the colony in 1919 at the request of the Company resuming the colonial managership during the difficult post-war years and was again nominated to ExCo until his final retirement in 1922.

During the war years Harding corresponded with WM Dean over the latter's History of the Falkland Islands Company (which is still unpublished). He died in Jersey on 21 November 1945, his wife having predeceased him by a year.