businessman, baronet and MP, was born on 15 June 1898, elder son of Sir John Barlow (first baronet) and the Hon Anna Maria Denman. In 1928 he married the Hon Diana Helen Kemp and they had three sons and a daughter. He succeeded to the baronetcy in 1932 and lived in the family home of Bradwall Manor near Sandbach in Cheshire. 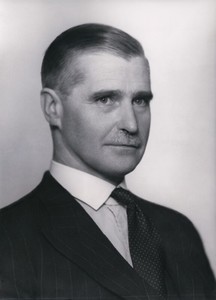 410 Director of the Falkland Island...

The family business of Thomas Barlow and Brothers was in Malayan rubber and Barlow was a consultant with them and chairman of several rubber plantations. He was director of the Union Bank of Manchester (1932-40) and, following a merger, of the local board of Barclays Bank until 1973. In addition to his close involvement with business associations in the Manchester area, Barlow represented the Eddisbury division of Cheshire in Parliament on behalf of the National Liberal Party. The constituency was divided in 1950, so he moved to become Conservative member for Middleton and Prestwich (Lancs) from 1951 to 1966.

His association with the Falklands began in March 1964, when he was appointed to the board of the Falkland Islands Company, followed soon after by an exploratory visit to the Islands.

The Falklands were at this time coming under intense pressure from Argentina on sovereignty and this was heightened by the merger of the CRO with the Foreign Office which resulted in the transfer of the Falklands desk to the Latin American department. In 1967 secret talks were held which led to a draft memorandum of understanding between Argentina and the Labour government in London. It was the disclosure of this agreement to ExCo in Stanley in February 1968 which led several unofficial councillors to break their oath of secrecy and directly approach members of Parliament in the UK. Other than the Falkland Islands Company, there was no representation of Falklands interests outside Parliament and it was evident that an independent committee needed to be formed at the earliest moment. 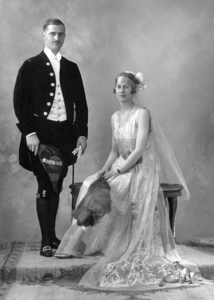 A meeting was held in London attended by MPs from all parties and the Falkland Islands Emergency Committee was formed, with Barlow unanimously appointed chairman. In addition to all-party representation, it was essential that the Committee must be seen to be independent of commercial pressures, which was difficult because Barlow was a director of the FIC while the Company's secretary and manager (Frank MITCHELL) was honorary secretary of the Committee. It is a tribute to Barlow that there was at no time any suggestion of such influence.

With his family status, business links and his recreations of hunting, polo and shooting, he might well have been considered a typical Conservative MP, but during the Committee's meetings and meetings at the House of Commons the honorary secretary was genuinely surprised by the warm respect and high regard shown to Barlow by MPs of all parties. 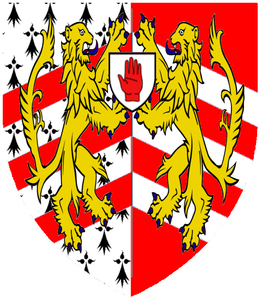 He continued to be active in Falklands affairs after ceasing to be an MP in 1966 and remained as a director of the FIC until 1972 when the Company lost its independence following takeover by Dundee, Perth & London Securities. Barlow continued as chairman of the Falkland Islands Committee until the early 1980s, representing the Falklands before a parliamentary select committee in 1983.