(also Malcolm) teacher, was born in Kingskettle, Fife, Scotland, on 1 August 1903, the son of Andrew Honeyman and Annie Honeyman, née Paterson Smith. He was educated at Kingskettle Primary and at Cupar, Fife. 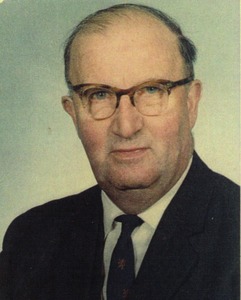 Honeyman arrived in the Falklands from Fife in July 1923 as a travelling teacher and worked in Camp houses in Lafonia.He then returned to Edinburgh and taught in Skerry's Commercial College until 1934.

Honeyman then went back to the Islands to work in the FIC office in Stanley for two years until he returned to Darwin as teacher and accountant.

In 1941 the family moved to Argentina where Honeyman taught for a while in a small private school before moving to St George's College prep school in a suburb of Buenos Aires. But he wished to take a training course for teachers in Dundee and so returned to Scotland to complete the course and to teach for a year. Honeyman returned to the Islands to take over as head of the Stanley school in 1949. 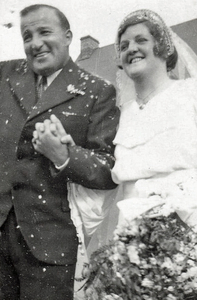 After three years in Stanley, they decided to move to Australia, but on the boat to Montevideo the FIC manager WH YOUNG invited them to take over the new boarding school which FIC were building for Camp children at Darwin.

Honeyman was to be headmaster and his wife matron.

The Honeymans watched the school grow from a peg in the ground to a fine building, with 40 boarders: a large family to look after, but a worthwhile job.

After five years at Darwin, the family returned to Edinburgh where Honeyman continued to teach, while his wife was kept busy with paying guests.

Finally they moved to New Zealand to join their married daughter.

Editorial comment:  'Mrs Joan Bound recalls her own schooling around the time of the war. Living on a large sheep farm at Goose Green, she was one of twenty children between the ages of five and fourteen at the settlement school. There she was taught by a Scotsman, Mr Honeyman, whom she describes as "a remarkable teacher."  he was also the bookkeeper for the farm ... He have her an appreciation of Bible stories which he made very exciting. She recalls sitting in a group around a peat stove and open grate listening to him reading stories about Shackleton. Outside school he ran a train club, taught country dancing and ran a children's newspaper, costing one penny. His wife was very supportive with all the activities with the children ... Joan recalls with pleasure the mushroom cakes produced by Mrs Honeyman at party time'  (from: I Schooling in the South Atlantic Islands 1661-1992; Dorothy Evans; 1994) 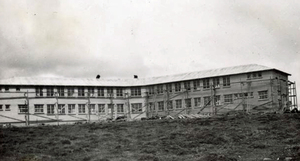