ship’s officer, chief blubber cooker, whaling station manager, company director and vice-president for the Compañia Argentina de Pesca Sociedad Anónima (Pesca) of Buenos Aires was one of the first men to land at South Georgia when Captain C A LARSEN established the whaling station at Grytviken on 16 November 1904. 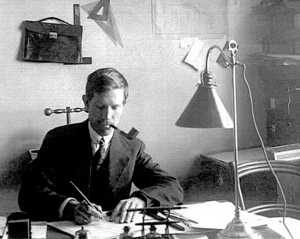 Fridthjof Jacobsen was born on 20 May 1874, the son of Oluf Anton Jacobsen and Marie Karoline Mathisen (b.1850). Oluf Jacobsen, from Moe in Sandar, was the principal of a navigation school in Sandefjord, and his maternal grandmother, Anne Bolette Christophersdatter (1824-1904), was the wife, by a second marriage of ship’s master Andreas Mathias Thorsen (1832-1892); they gave C. A. Larsen a house in Thaulowsgate, Sandefjord on Larsen’s marriage to their daughter Andrine in 1882.  Andreas and Bolette also had a son, Thorvald Christian Thorsen (b.1861).

Jacobsen went to sea in 1889 at the age of 15 on board Chr. Christensen’s wood schooner Renen.  (102/1866). He thereafter served on many Norwegian sailing vessels and obtained his skipper’s certificate in 1900. When the first stage of C. A. Larsen’s whaling expedition to South Georgia sailed southwards from Sandefjord in the barque Louise in July 1904, Jacobsen was appointed mate by his uncle, C. A. Larsen and served under Captain Thorvald C. Thorsen. The ship arrived at Grytviken on 16 November 1904, a date now generally accepted ‘as the beginning of the great southern whaling industry’. When the whaling station became operational, Jacobsen took the post as stoker and chief blubber cooker ashore, earning 90 kroner (£5) per month for his toil. He then rose through the ranks to become, in 1913, under-manager and finally, in 1914 manager, succeeding C. A. Larsen. 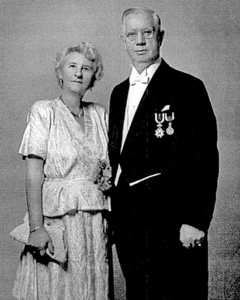 Fridthjof Jacobsen and his wife Klara...

Like C. A. Larsen, Fridthjof Jacobsen also applied to the Falkland Islands Government for British naturalisation in 1916. He was advised that the application could not be considered because of the war and when it was re-submitted in April 1923 it was declined as he was no longer a resident of South Georgia.

When Pesca’s manager at Buenos Aires, N. Jöndahl Hammer died in 1921, Fridthjof Jacobsen relinquished his position as manager at Grytviken and succeeded him. This was a significant appointment, as Jacobsen continued as a Buenos Aires manager, and finally vice-president of Pesca until his death in 1953. The 1920s was an important period of expansion and modernization of the whaling station and whaling fleet at Grytviken and Jacobsen led the company with considerable energy and concern. He appears to have enjoyed a good working relationship with his Argentine board members, particularly with the company president Miles Pasman and their technical director Guillermo Nünes, and a period of co-operation both in the boardroom and on the whaling grounds at South Georgia appears to have ensued. His reward was an increase in his stature and personal wealth. Towards the end of the 1920s he paid several visits with fellow director Nuñes to Port Stanley to discuss with the governor and his staff the changing environment in the whaling industry. This followed the introduction of pelagic whaling ships which could operate on the high seas without a licence, thereby posing a considerable threat to the viability of land-based operators like Pesca. Although the 1930s that followed was a difficult period for the company to endure, it performed reasonably well, and when the second world war arrived, it was able, through Jacobsen’s astute planning, to provide valuable oil to the allies for the war effort in Europe.

When Alfredo RYAN took over the company from the Tornquist group in 1944, Jacobsen was appointed vice-president. However, this period of tenure under Ryan was not always comfortable, because Ryan entered into an arrangement with the Peron government to finance the building in Belfast of a large factory ship, aimed at flying the Argentine flag in the Antarctic. The project was not a success. A Norwegian law prevented their nationals working on ‘foreign’ factory ships, a situation exacerbated by Ryan’s dominance and cavalier style of business. When Ryan proposed using a Norwegian, Lars Andersen, a former Nazi supporter and leader of a pre-war German whaling expedition to the Antarctic to man the factory ship with German whalers, Jacobsen did not agree. The outcome was a fiasco, and the ship was sold to the Argentine state oil company having never processed a whale.

Despite these problems, the company continued to work at South Georgia and was profitable. Jacobsen was, by nature, a jovial character and in the course of time he became ‘the grand old man’ of the Norwegian colony in Buenos Aires and his home became the focus for social activities there.

Fridthjof Jacobsen died in Buenos Aires on 27 December 1953. He had been one of the Pesca company’s founding fathers and served it with energy and distinction nearly all his working life. He had always been an optimistic character but in the last nine years of his life, in the period after Ryan had taken over Pesca, the company had been through a period of substantial change. He had not always condoned these changes and although it brought him some criticism from fellow Norwegians, it was to his credit that he supported the company throughout.

Ryan, in his tribute to Jacobsen, called him ‘our esteemed director, one of the elderly fathers of Pesca and a great force in the Argentine Antarctic whaling industry. His departure leaves a great void in our company, since his able judgement in all that concerning whaling activities emanated from a wealth of experience acquired during his nearly half a century with our company; and a stay of more than sixteen years on South Georgia in the efficient direction of our whaling establishment’.

Jacobsen was made a Knight, first class of the Order of St Olav on 17 December 1929 and in November 1939 he was awarded the St Olav Medal, which King Haakon had instituted on 17 March 1939 as ‘a reward to persons for services rendered in the extension of knowledge of Norway abroad and the promoting of connection and solidarity between the Norwegian emigrants and their home country’. His wife Klara Olette died in Buenos Aires in 1968 and three of his daughters, Åse, Ingrid and Solveig also died there.

His name on South Georgia is remembered by Jacobsen Bight, an area of sea between Larvik and Cape Darnley on the south-west coast of the island.