bishop, was born on Guernsey on 3 January 1866, the third son of Carey Brock De Jersey. After his university years at Pembroke College and Ridley Hall, Cambridge, he was ordained in 1891. He served as curate in Bristol (1891-93) and Kilburn (1893-6), and then became a Missions to Seamen chaplain for Bristol, Avonmouth and the Channel between 1898 and 1919. 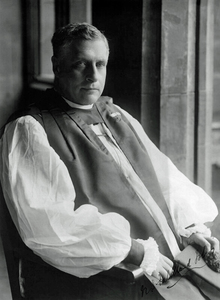 During the First World War, he volunteered as acting chaplain for temporary service with the Royal Navy, and served in HMS Albion, 1914-16,  He saw action off S-W Africa, in the Dardanelles and with the 10th Cruiser Squadron on patrol ships blocking German access to the North Sea, 1916-18. He was reported by senior officers as being ‘Above Average’ and ‘most sympathetic and elevating' He was decorated in 1922. On returning to his work with the Missions to Seamen, he was appointed Honorary Canon of Bristol. He was one of the founders of the Bristol City and Maritime Ambulance Corps in 1900.

De Jersey was consecrated fourth Bishop of the Falkland Islands in St Paul's Cathedral, London on 24 June 1919, with the same jurisdiction as his predecessor, Bishop BLAIR. During his episcopate, De Jersey increased the numbers of English-speaking clergy serving in the diocese to 18. He organised a series of diocesan synods between 1921 and 1932. His association with the Falkland Islands was recognised by his appointment from 1928 to 1934 as chaplain 1st class of the Falkland Islands Defence Force with the rank of colonel. 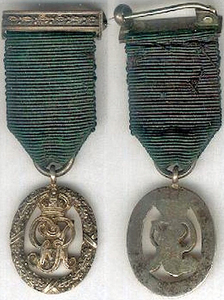 In contrast to Bishop Blair, De Jersey was an outdoors man. His recreation was yachting. His episcopate was a time of consolidation and growth among the Anglican congregations. He died, unmarried, at the age of 68, on 28 November 1934, having only just retired.

Editorial comment:  De Jersey was summoned  to meet the Archbishop of Canterbury in May, 1919, He was offered, and accepted, the post of Bishop of the Falkland Islands. The offer took De Jersey by surprise, and he asked the Archbishop if he could tell anyone, and the Archbishop reportedly said  ‘The appointment is entirely mine, you can go and shout it in Trafalgar Square if you like’.