missionary, was a foundling adopted by the Rev and Mrs G Pakenham DESPARD, and taken out to live on Keppel Island in 1856 when he was 13. At the beginning of his life there his status was ill-defined: too young to be a missionary and too old to be treated as a child. 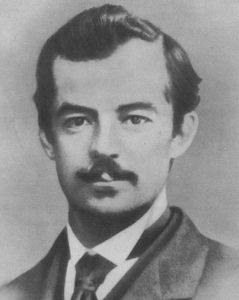 He was set to working physically, mixing freely with the Indians. The result was a growing bond and understanding between Bridges and the Fuegian Indians that lasted his whole life. One of its fruits was his Yahgan Dictionary, published posthumously. (See: Yamana/English dictionary)Another was Bridges' deep care for these tribal people that led to his ordination and his subsequent work among them at Ushuaia, and ultimately to his settling at Estancia Harberton on the Beagle Channel.

On Despard's leaving Keppel in 1861, Bridges and BARTLETT were left in charge of the depleted Keppel Mission, pending the arrival of the new superintendent and the renewal of its objectives. In the intervening 16 months, Bridges spent many hours with OKOKKO and Camilenna, learning the intricacies of their speech. The result was that when STIRLING arrived in January 1863, he found Bridges fluent in Yahgan, conversant in both vocabulary and grammar. 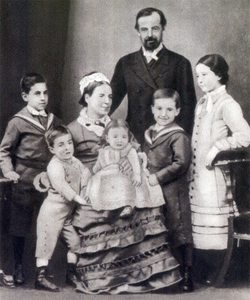 In October 1868, Bridges left for England and ordination in the Church of England.

There he proceeded with Stirling's plan to move the Mission to Ushuaia, abandoning Keppel to serve as the farm school. So, in October 1871, Bridges, his wife and Mary went to live in the new Mission house on the shores of the Beagle Channel, continuing his work as missionary among the Indians. 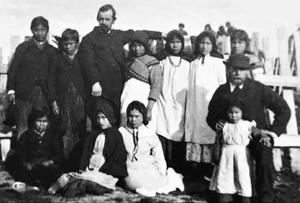 Bridges resigned from the South American Missionary Society in 1886, suffering from poor health. He moved with his family, and many of the Indians associated with the Mission, to Harberton, the land granted him by a grateful Argentine Government.

He died in Buenos Aires on 15 July 1898.  Bridges, above anyone else, was the European who got closest to the Indians of Tierra del Fuego in understanding and interpreting their language and culture. Author of the Yamana-English Dictionary, 1933. Bridges was featured on a Falkland Islands stamp issued in 1994. 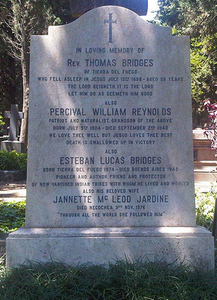 Thomas Bridges' grave in the British...

Editorial comment:  For a transcription of Thomas Bridge's account of Tierra del Fuego and it inhabitants see: Transcript

See:  A transcription of Yamana/English dictionary