missionary, was born on 6 December 1813 in Lisbon, the son of Colonel William Despard and his wife Elizabeth, née de Blois. He was ordained in the Church of England in July 1837 and was honorary secretary of the Patagonian Missionary Society from 1850 to 1856. He rallied the Society's supporters when the news of Allen GARDINER's death reached England in April 1852. The next stage of developing their plans was completed by the launching of the mission schooner Allen Gardiner in 1854. 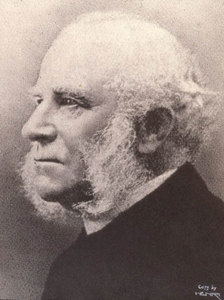 436 Missionary and Superintendent at...

In October, the first party of missionaries sailed out in her to reach Keppel Island in February 1855. A year later Despard accepted the appointment of Superintendent of the Mission, giving up a school at Redlands, Bristol. He, with his family, followed on board the Hydaspes, together with four other missionaries. They reached Stanley in September 1856. Despard arrived with his second wife, Frances Margaret, née Ravizzoti, and the five surviving children by his first wife, Emily Coffin née Kebston, Emily (b1844), Bertha (b1845), Florence (b1847), Harriet (b1849) and Emilius Pakenham (b1849). Their two adopted sons also were part of the party, Thomas BRIDGES (aged 13) and Frank Jones (aged 10). For lack of accommodation, Mrs Despard and the girls were not able to live on Keppel Island until the beginning of 1858.

Soon after his arrival at Stanley, Despard had to deal with two members of his party who would not accept his authority, Rev JF Ogle and Captain WP SNOW. Each resigned from his post. Despard had both to establish the base at Keppel Island for the fledgling Mission and build up the contacts with the Indians. So, by the end of 1857 he had made a total of 25 voyages in the Allen Gardiner, spending most of the time at sea. 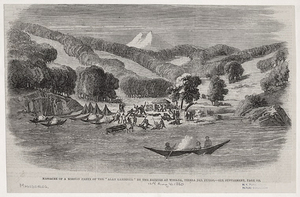 The massacre at Wulaia as depicted in...

Another blow struck the Mission group when in March 1859, James Ellis, the original leader and surgeon, died on Keppel Island, having taken his own life, a victim of the pressures brought about by living in crowded conditions.

The crowning disaster during Despard's leadership was the massacre of eight members of the mission party by Indians in November 1859 at Wulaia, Navarin Island. The Allen Gardiner had returned a group of nine Indians from Keppel. In the days that followed, unexpectedly the Tierra del Fuego Indians set upon the missionaries and the crew of the Mission vessel. Only the cook escaped. 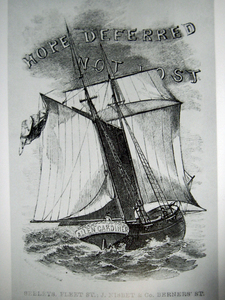 The schooner Allen Gardiner - as seen...

Governor MOORE was critical of Despard for searching the Indians before their return, thus provoking them, and for his insensitive treatment of the two widows who were sent unaccompanied to Stanley for return to England. He prohibited any more Indians being taken to Keppel Island.

Despard decided in 1860 to resign his responsibilities and left the Keppel Mission. He with his wife and daughters got back to Bristol in January 1862 in the Allen Gardiner. William BARTLETT remained in charge of the farm and Thomas Bridges responsible for the Indians. During 1863, Despard found a new sphere of work in Australia. He died in Kyneton, Victoria on 5 May 1881.

Despard started the collection of Yahgan words, while Bridges continued and completed the work. Despard laid strong foundations for the later years of the Mission, and dealt successfully with some very adverse situations.