naval officer and missionary, was the fifth son of Samuel Gardiner of Coombe Lodge, Oxfordshire, and his wife Mary, née Boddam. He was born on 28 January 1794 in the parsonage house at Basildon, Essex, where his parents were temporarily living. He had a religious education, and in May 1808 entered the Royal Naval College, Portsmouth. On 20 June 1810 he went to sea as a volunteer on board HMS Fortune, and then on HMS Phoebe, on which he served as midshipman until August 1814, when, having distinguished himself in the capture of the American frigate Essex, he was sent to England as acting lieutenant of the prize ship. Being confirmed as lieutenant on 13 December 1814, he afterwards served in the Ganymede, the Leander, and the Dauntless in various parts of the world, and returned, invalided, to Portsmouth on 31 October 1822. On 1 July 1823 he married Julia Susanna Reade; she died on the Isle of Wight on 23 May 1834. 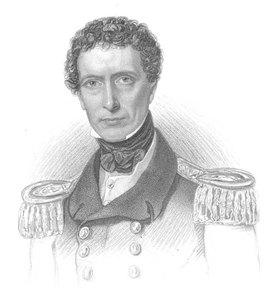 As second lieutenant of the Jupiter, Gardiner was at Newfoundland in 1824, and in 1825 came back to England in charge of the Clinker. He obtained his promotion as commander on 13 September 1826, after which, although he often applied for employment, he never succeeded in obtaining any other appointment. Long before this, however, he had developed an interest in missions, and he therefore decided to become a missionary. In 1833 he published Outlines of a Plan for Exploring Australia, but in 1834 he went to Africa instead, explored Zululand, and started the first missionary station at Port Natal. From 1834 to 1838 he attempted to establish Christian churches in Zululand, but political events and native wars combined to prevent any permanent success; he described his experiences in his Narrative of a Journey to the Zoolu Country (1836). On 7 October 1836 he married, as his second wife, Elizabeth Lydia, eldest daughter of Edward Garrard Marsh, vicar of Aylesford, Kent. From 1838 to 1843 he worked among the Indians of Chile, going from island to island in the South American archipelago, but his efforts were foiled by the opposition of the various governments.

He first visited the Falkland Islands on 23 December 1841, anchoring in Berkeley Sound after sailing from Valparaiso. With the help of Lieutenant Cox of HM Ketch Sparrow the party erected a small wooden house they had brought with them at Port Louis. During Gardiner's stay, MOODY arrived as governor and a few days after Gardiner left on the schooner Montgomery in late March, Captains ROSS and CROZIER arrived in the Erebus and Terror. Gardiner arrived in Tierra del Fuego on 22 March 1842. 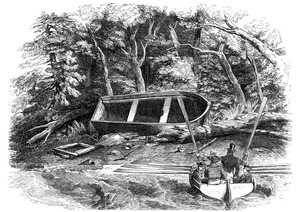 The body of Captain Allen Gardiner...

The Church Missionary Society was now under pressure to send out missionaries to Patagonia but declined on the ground of shortage of money. Similar proposals were unsuccessfully made to the Wesleyan and London Missionary societies. Eventually in 1844 a special society was formed for South America - the Patagonian Missionary Society - and Robert Hunt, a schoolmaster, was sent out as the first missionary, accompanied by Gardiner. This attempt to establish a mission failed, however, and they returned to England in June 1845. Gardiner, not discouraged, left England again on 23 September 1845, and, in company with Federico Gonzales, a Spanish protestant, from whom he learnt Spanish, went to Bolivia, where he distributed bibles to the Indian population despite much opposition from Roman Catholics. Having established Gonzales as a missionary at Potosi, Gardiner came back to England, landing at Southampton on 8 February 1847. That same year he published A Voice from South America.

Gardiner spent 1848 making a survey of Tierra del Fuego with a view to a mission, and suffered great hardships. He then tried to interest the Moravian Brethren and the Foreign Missions of the Church of England in his enterprise, but neither could help. In the end, a lady from Cheltenham gave £700 and the mission was dispatched. Accompanied by Richard Williams (surgeon), Joseph Erwin (ship's carpenter), John Maidment (catechist), and three Cornish fishermen - Pearce, Badcock, and Bryant - Gardiner sailed from Liverpool on 7 September 1850 in the Ocean Queen, and landed at Picton Island on 5 December. He had with him two launches, each 26 feet long, in which had been stowed provisions to last for six months. The Fuegians were hostile and ready to plunder, the climate was severe, and the country barren. Six months passed without the arrival of further supplies, which were stuck at the Falkland Islands. The missionaries gradually died of starvation, Gardiner, the last survivor, dying, it is believed, on 6 September 1851. Captain SMYLEY, of the John Davison, sent to assist them, arrived on 21 October, and HMS Dido called at the island on 6 January 1852. But all that could be done was to bury the bodies and bring away Gardiner's journal. About three days before his death he wrote a 'Missionary Memoir' where he outlined a plan for 'Conducting the Future Operations of the Mission to Tierra del Fuego'. The principle was: 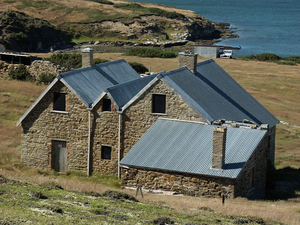 The Mission House on Keppel Island -...

To convey a few of the natives to the Falklands ... to teach them English and learn their language, and to provide a brigantine or schooner of 100 tons burden as a mission vessel.

Thus the idea of the Mission Station on Keppel Island was born. Two years later, in 1854, the Allen Gardiner (54 tons) was sent out to Patagonia as a missionary ship, and in 1856 Captain Gardiner's only son, Allen W GARDINER, went to Patagonia as a missionary. Gardiner is commemorated in the 1994 Falkland Islands stamp commemorative issue on the 150th anniversary of the South American Missionary Society.

See:  The life of Captain Allen Gardiner - the founder of the Patagonian Mission