missionary, was the only son of Captain Allen Francis GARDINER, founder of the Patagonian Missionary Society and his wife Julia Susanna, née Reade.

After Capt Gardiner's death by starvation on Tierra del Fuego in 1851 the Society established a mission settlement on Keppel Island under Capt WP SNOW in 1854 and GP DESPARD in 1856. The purpose of the settlement was to provide a safe place to bring native Yaghan Indians from Tierra del Fuego for religious instruction and practical education before returning them to their native land. When his father died, Gardiner was still at Magdalen College, Oxford studying medicine. 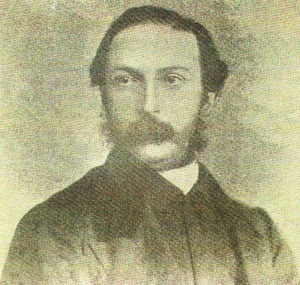 On 2 June 1856 he sailed to the Falklands at his own expense in the Hydaspes with the Despard party, to help build up the newly-founded mission station on Keppel Island. They arrived in the Falklands on 30 August and kept a journal of that time which gave a 'light hearted and lively view of life on Keppel, not found in his more formal letters'.

He once described himself as the 'herdsman pro tempore', a title he thought would shock his stepmother Elizabeth and sister Emily in England. His previously unpublished journals were found at Allen Gardiner House, headquarters of the South American Missionary Society. 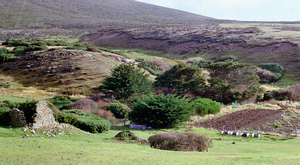 He lived on Keppel from September 1856 to July 1858, making one trip to the Strait of Magellan and one to southern Tierra del Fuego. During the latter trip, on June 11 1858 he met Jemmy BUTTON and persuaded him, his wife and three children to come to Keppel.

Gardiner returned to England in late 1858, was ordained to the ministry and married. He and his wife travelled to Lota, in central Chile where he built a school and church for the English-speaking residents, most of whom were miners, and made contact with the Araucanian Indians.

After a number of years in Chile he returned to England in poor health. He died at Natal, South Africa in 1878.

May 2019 Correction to photograph
November 2019 One additional photograph added