fishing, whaling and sealing entrepreneur, was born on 21 March 1867 in Hjälmseryd parish near the town of Växjö in the southern Swedish province of Småland. At the age of twelve he ran away to the port of Malmö, where he secured a job as a cabin boy on a windjammer. On the return voyage from the Far East, he jumped ship in Cape Town, and after a period working ashore in South Africa and another in the United States he returned to Sweden and worked on ships world-wide before gaining his mate’s certificate. In 1897 he returned to South Africa and purchased a small steamer with which he started fishing from Port Elizabeth in his own right. During the Boer War (1899-1902) he secured sufficient financial backing to construct in Gothenburg, Sweden, a trawler, Berea, named after the principal district of Durban. On her completion he sailed her to South Africa, where he successfully line-fished off Cape Town and Durban. 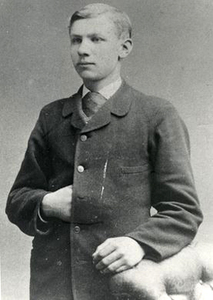 Carl Johnson as a teenager

Between 1905 and 1908 there was considerable competition in the South African fishing industry and many companies found themselves in financial difficulties. One of these was the African Fishing & Trading Company, owned by the large and influential North Shields trawling firm of Richard Irvin and Sons Limited, founded in 1871. In 1910 Johnson approached their local manager George Irvin and proposed a merger. Irvin’s head office in North Shields was consulted and John (later Sir John) Hannel Irvin (1874-1952), the company’s chairman gave his blessing. The firm of Irvin & Johnson (I&J) was formed and became one of the largest fishing companies in South Africa.

Sealing and whaling were other activities which appealed to Carl Johnson's restless and entrepreneurial spirit. During his long period with the company, either on his own account or through I&J’s associated companies, he conducted operations from shore stations on the South African coast and from the sub-Antarctic islands of South Georgia and Kerguelen, and, after 1930, pelagic whaling in the Antarctic with a modern factory ship. 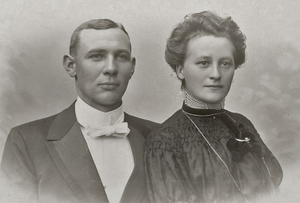 Carl and Stina Johnson on their...

His first venture into this trade began in 1908 when he founded the Southern Sealing Company, registered in Cape Town. Johnson was aware that the southern sub-Antarctic islands of Prince Edward and Crozet supported large populations of seals, particularly southern elephant seals which have a thick coating of blubber from which a valuable and edible commercial oil could be extracted.

It was probably in the autumn of 1910, at a time when George Irvin and Johnson were formulating the amalgamation of their fishing interests, that Johnson urged Richard Irvin senior at North Shields to expand the company’s interests from fishing and sealing into whaling. Johnson was mindful that modern whaling – that is whaling with modern ‘Foyn’ harpoon guns mounted on the bow of a catcher vessel - had been introduced by the Norwegians to South Georgia in 1904 and South Africa in 1908. He was also aware that the species of whales being taken by these modern catchers were not only the humpback whale and occasional southern right whale which both migrated up the east and west coasts of southern Africa, but the large and fast moving rorqual whales, the blue, fin and sei whale, which were found in substantial numbers in the Southern Ocean and yielded large quantities of edible oil. 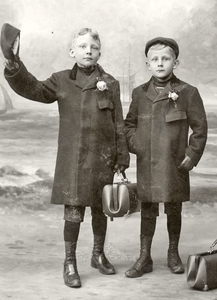 The outcome was that Richard Irvin senior gave his blessing to this development whereby Johnson's Southern Sealing Company merged with Messrs. Irvin on 31 August 1911 to form the Southern Whaling & Sealing Company, with a registered office at the Fish Quay, North Shields and managing offices in North Shields and Cape Town. A factory ship, the Restitution, was purchased and converted in Norway and a small fleet of whale catchers constructed in North Shields, all well-fitted out and incorporating the most modern technology.

Whaling operations were originally planned to take place from Walvis Bay and the Prince Edward Islands, but these were abandoned in favour of Portuguese West Africa and South Georgia. A lease at Gladstone Harbour, South Georgia was granted by the Falkland Islands Government in 1911 with the support of Viscount Gladstone (1854-1930), son of the former British Prime Minister, and first Governor-General of the Union of South Africa. This, in the face of fierce opposition from the established Norwegian whaling fraternity, particularly Captain CA LARSEN who objected to the name Gladstone Harbour, stating it had been named Prince Olav by the Norwegian whalers. Johnson was asked by Governor ALLARDYCE to use the original name. Johnson started whaling from South Georgia in 1911, and one could claim that his was the first wholly British company to do so. He visited Stanley in 1912 in one of his catchers, appropriately named C.O.J., and conferred with the governor. 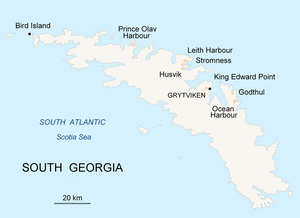 Whaling at South Georgia continued until November 1916 when the Restitution, en route to Prince Olav, foundered in a storm in St Georges Channel between Ireland and Wales. The company suffered badly but in 1917 they were able to lease Stromness Whaling Station from a Norwegian company for two years to continue their trade. Salvation, however, came in 1919 when Lever Brothers Limited, one of the world’s largest manufactures of soap and margarine, controlled by the powerful industrial magnate William Hesketh Lever (Lord Leverhulme) (1851-1925), purchased Southern Whaling for a considerable sum to ensure a reliable and regular supply of whale oil for their businesses. Although the transaction was not approved by Johnson, he used the money to purchase a redundant Norwegian whaling station at Saldanha Bay, just north of Cape Town and launch another foray into the Southern Ocean, the cropping of elephant seals at the French owned island of Kerguelen.

Unfortunately for Johnson, his creative energy and entrepreneurialism brought him into conflict with some of his fellow directors at I&J. They disapproved of his Kerguelen project, which he had formulated by securing the sealing and whaling rights from the French-born brothers Henri and René Boissière who in turn had obtained, in 1893, a fifty-year exclusive right to the island from the French government. Johnson had committed I&J to monies for a ten-year project and purchased vessels without their approval. The I&J board insisted that Johnson should accept full personal responsibility for the venture. The outcome was that several I&J directors resigned, including George Irvin, and eventually the business was transferred to a newly formed company the Kerguelen Sealing & Whaling Company with Johnson at the helm. Sealing commenced at Kerguelen in 1920, and over the next decade the trade expanded to include the British controlled Heard Island and controversially captured over 300,000 elephant seals which produced over 18,000 tons of oil to the value over £500,000. Eventually the scale of the slaughter at Kerguelen became known to the French authorities and in 1931 they brought a halt to sealing.

During the 1920s Johnson was also whaling from two stations on the South African coast, at Saldanha Bay and Cape Hangklip in Cape Province as well as pursuing his fishing business on behalf of I&J.  Within several years he was, with the assistance of the company’s bank, able to buy out the Irvin family’s interest and become its largest shareholder.

When whaling from South Africa began to decline in the late 1920s, Johnson, forever the supreme optimist, concluded that the only direction for modern whaling was with large purpose-built factory ships with stern slips and a fleet of catchers which could scour the Southern Ocean in search of whales. In April 1929 he ordered, on behalf of the Kerguelen company, the factory ship Tafelberg, which when launched at Newcastle-upon-Tyne in July 1930, became the largest ship under the South African flag. Over the next twelve austral seasons the Tafelbergand her catchers caught some 12,000 whales and produced over 1 million barrels (170,000 tons) of oil. 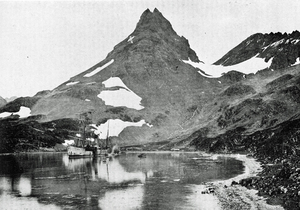 During World War II pelagic whaling was suspended and the Tafelberg was requisitioned by the British Ministry of Transport. She was mined off the coast of south Wales and split in two, but in a feat of extraordinary engineering was stitched together again and went back to sea. Unfortunately, she became the subject of one of the greatest losses of life and material when in September 1944 she was torpedoed off the north-west coast of Ireland.

Johnson spent a good deal of the war in his native Sweden, his interests in I&J at Cape Town being cared for by his alternate, Herbert Abao. After the war Johnson tried to resurrect his whaling business and discussed with Swedish ship builders the construction of a new factory ship. But when he learned it could not be delivered until 1948, and at very high price, he abandoned the project. 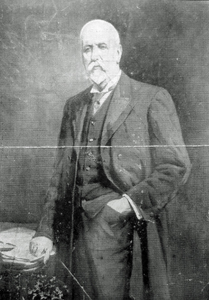 Carl Ossian Johnson died in Cape Town on 25 June 1949 aged 83 years. He was buried in his home-town of Växjö in Sweden. The I&J fishing business he established in Cape Town in 1910 still survives and continues to prosper, employing over 1,800 people on land and sea and being listed on the Johannesburg Stock Exchange.

Johnson was one of the veterans of modern whaling. For about fifty years he exercised a great influence on the fishing industry in South Africa and in course of time also took a zealous interest in whaling. He was a man of ideas and enthusiasm. In one sphere he was something of a genius, namely in chemical matters; he was also perfectly at home with technical engineering. He was on the whole a man with whom it was profitable to discuss the most difficult problems. By reason of his kindliness, he was much liked by his employees and in an unobtrusive way he rendered assistance to many persons. In Charles Ocean Johnson we have lost a considerable personality and a good friend of Norway. 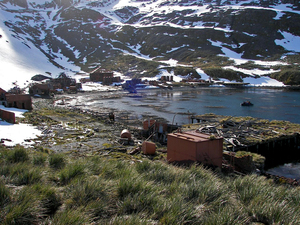 Ian Hart, Austral Enterprises, A History of shore, bay-based and pelagic whaling and sealing in the Southern Ocean. Pequena, 2020.