German sea-captain, whaler and polar explorer was the first known German to undertake modern whaling in the Antarctic and in 1936 became catch manager on the first German pelagic whaling expedition to the Southern Ocean. 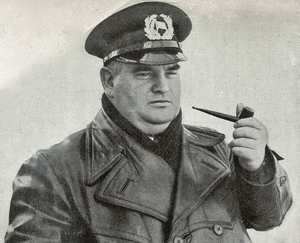 Otto Kraul was born in 1892. Little is known of his early years but about 1908 he spent two months on a sailing vessel out of Honolulu. At the beginning of World War I, he arrived in Buenos Aires from New York as a sailor on a Norwegian sailing vessel Mafalda where he met up with former comrades.

Not wishing to return to war-torn Europe, they found Kraul employment with the Compañia Argentina de Pesca whaling company and he took passage to South Georgia on the barque Tijuca. On arrival at Grytviken, he transferred to one of the whale catchers as an ordinary seaman where he began to obtain skills in shooting and hauling in a whale catch. 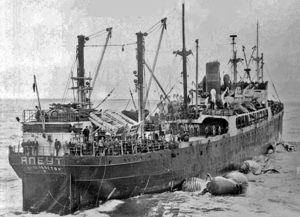 Notice of Kraul’s employment and those of eleven other Germans working at the station or on the catchers was brought to the attention of the Government in Stanley by the acting magistrate, Edward BINNIE. He advised the Governor that he had asked the station manager for a list of all their names and credentials and decided to keep them under observation. Binnie added that the men had given no trouble, that they had no wish to leave the Dependency and that they lived peaceably together with Russian, French and Norwegian colleagues. Their only correspondence was with Buenos Aires and that was being censored.

At the end of the War, Kraul returned to Germany and attended the Bremen Maritime School where he obtained his ship’s officer certification. A further period of work at South Georgia led to his obtaining his master’s certificate. He was employed by the Pesca company in both their whaling and sealing operations. 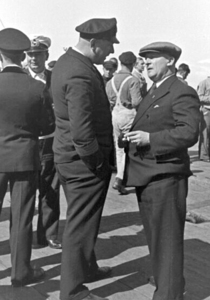 When he learned in 1928 that an Argentine/German company Weigel Bohnen & Cia. Ltda. was formulating plans to undertake whaling along the coast of Patagonia with a factory ship and a land-station, Kraul offered his services as a whale gunner. He became the expedition’s catch co-ordinator on board his whale catcher Cachalote, a transformed trawler, while his brother became the first officer on the factory ship. Kraul reported that whaling in Patagonia was quite productive despite the stormy weather, and it was not difficult to catch six sei whales per day, although larger species were generally absent. However, the operation was not without its mishaps. Early in the first season it lost its factory ship Bahia del Fondo on the rocks with the loss of eleven lives.

Kraul was then sent to Europe to purchase a second catcher in Norway and a transport ship in England. The station continued in operation with the two catchers crewed jointly by Norwegians and Germans supplying whales for the factory. However, sei whales did not provide the returns that could be obtained from larger species, and the business failings were exacerbated by labour problems, poor productivity and unrest at the land station, manned by individuals from seven nations. Kraul became disillusioned, and when the Argentine authorities demanded that he take out Argentine citizenship he decided to leave. This more or less coincided with the global economic crisis of 1931 which finally brought the whaling operation to a close and the company was dissolved.

Kraul returned to Germany, where he met up with Carl KIRCHEISS who was beginning to formulate plans for a German whaling expedition to the Antarctic. Kraul then took the opportunity to gain employment with a Soviet whaling expedition to the Far East. He became the catch leader and gunner of the whale catcher Enthusiast, one of three vessels constructed in Norway to accompany the expedition’s factory ship Aleut. The Aleut sailed from Leningrad in 1932 and met the catching fleet at Kiel.

After a stopover in Kingston, Jamaica the expedition made its way to Vladivostok via the Panama Canal, Honolulu, Midway Island and Japan, catching whales off the Revilla Gigedo Islands, (Mexico), en route. It reached its destination on 8 December 1932. In its first season it worked along the Kamchatka coast reaching towards the Aleutian Islands and the Bering Sea catching 203 mainly fin whales. 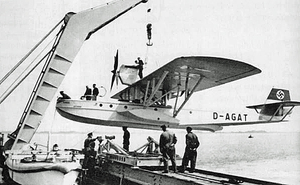 Otto Kraul was employed by the Soviets until 1935. When Kircheiss’s plans were coming to fruition he was asked to join the Erste Deutsche Walfang Gesellschaft mbH (The First German Whaling Company) as whaling expedition leader and assisted in the supervision of the transformation of the expedition’s factory ship Jan Wellem and the construction of five whale catchers in German yards.  In the first season’s expedition to the Antarctic, he directed the catching operations from his catcher Treff V and called at South Georgia on 29 October 1936 where he renewed acquaintances with Pesca comrades before sailing for the ice-edge. This was a post he held successfully for the first two seasons 1936/37 and 1937/38.

In 1938 Kraul was invited to join the ‘secret’ German Antarctic Expedition on board the expedition ship Schwabenland, serving as the ship’s ice pilot.  Hermann Göring commanded by Alfred Ritscher, It conducted an extensive air survey using two aircraft, launched by catapult, and succeeded in mapping large areas of territory between 140W and 20E to 74S to produce a detailed map of the discovered region,  which they  named ‘Neu-Schwabenland’.In the end the claim was never made due to the Second World War. 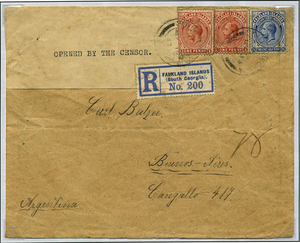 During the War, Kraul took charge of the auxiliary meteorological ships Sachsen and München on behalf of the Kreiegsmarine. He also wrote about his whaling experiences in Käpt’n Kraul – Zwanzig Jahre Walfänger unter argentisher, russischer und deutscher  Flagge in der Arktis und Antarktis  (Twenty years whaling under the Argentine, Russian and German flags in the Arctic and Antarctic) published in Berlin in 1939. A French edition was published as Chasses a la Baleine in Paris in 1943.

Immediately after the war German whaling activities were severely restricted by the Potsdam Agreement but in 1949 Kraul signed a contract with the Peruvian whaling company Balleneras Paracas S.A.  He became manager and gunner for their whaling station based at Pisco, Peru until he retired in 1956 at the age of 65.

Kraul was married and his wife accompanied him on several of his expeditions, including that to Patagonia in 1928, acting in an administrative and secretarial role.