politician, was born on 17 February 1929, the younger son of the third Viscount Ridley and Ursula, daughter of Sir Edwin Lutyens the architect. He was educated at Eton and Balliol College Oxford, where he qualified as an engineer. He worked in this capacity for nine years before becoming Conservative Member of Parliament for Cirencester and Tewkesbury in 1959. From 1970 to 1972 he was parliamentary under-secretary of state at the Department of Trade and Industry and in 1979 he was promoted to minister of state at the Foreign and Commonwealth Office, where his responsibilities included the Falkland Islands. Nicholas Ridley was staunchly Thatcherite and was known as a particularly undiplomatic operator. Fellow MP and contemporary at Eton, Tam Dalyell, described him as a man who was 'gratuitously confrontational', and who 'enjoyed being rude'. These were traits which he was to exhibit clearly and to unfortunate effect when he approached the issue of Falklands sovereignty. 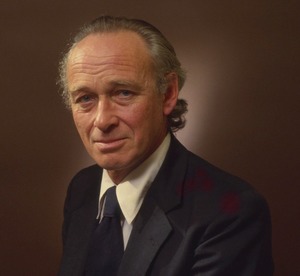 Ridley had held a number of talks, public and private, with his Argentine opposite number Commodore Cavándoli. He saw the Falklands 'problem' as an issue that he could solve quickly. He had probably correctly assessed that it was approaching crisis point and needed action, but he was deeply mistaken in assuming that he could solve it by presenting the Falkland Islanders with a brisk and pragmatic proposal that took little account of their deeply-held desire to remain British. Islanders were already deeply suspicious of British policy towards them and Ridley's sudden arrival in Stanley on 22 November 1980 only reinforced their suspicions. When the minister finally revealed his plan, the mood in Stanley became almost violent. Unprecedented vitriol flowed between the minority who suggested Ridley's approach might be reasonable and the great majority who despised it.

At a public meeting in Stanley's Town Hall, Ridley stood on the stage and told hundreds of Islanders that he had three suggestions: a moratorium on the dispute; condominium; and 'leaseback'. Islanders could, he said, pick the one they liked, but he strongly advocated only one: leaseback. Moratorium, he said, would only freeze the issue ensuring it would be faced by future generations of Argentines, Islanders and British. Condominium (shared sovereignty) had been tried elsewhere and had been proven to be virtually unworkable. But leaseback had a real chance. Probably correctly, he suggested the Argentines would accept it. Titular sovereignty would be signed over to them, but the Islands would immediately be leased back to Britain, allowing British customs, government and the way of life to continue. Responding to Islanders hostility with typical lack of diplomacy, he accused them of maintaining a 'bellicose' attitude. This, he said, this could not go on. 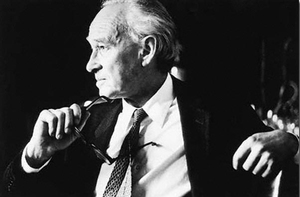 Ridley pushed aggressively for a...

His audience did indeed appear bellicose, but their bellicosity was directed at the British minister. It was clear that few in the Town Hall and throughout the Islands would accept leaseback. Ridley left Stanley Airport - ironically, aboard an aircraft of LADE, the Argentine Air Force airline - to the sound of furious demonstrators and the rare sight of normally rather supine Islanders waving banners and fists. LegCo discussed the issue, and reluctantly told the British Government that they could accept a moratorium. But this idea had only been included in the package to make leaseback more attractive and it was clear that Argentina would not entertain it. Ridley's mission had failed.

Back in the UK, the strong pro-Falklands lobby had been galvanised into action, and Ridley was savaged in a debate in the House of Commons on 2 December for his alleged treachery. This was not totally fair. Although a victim, like everyone else in the government, of poor intelligence which did not anticipate the Argentine invasion, he realised that something radical had to be done to defuse a problem of growing seriousness. He at least showed courage and tenacity in launching his leaseback initiative. If successful, it could have avoided a bloody war. As it was, talks with Argentina stuttered to a halt and in April 1982 Argentine forces attacked Port Stanley. 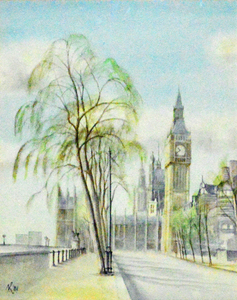 Ridley was a keen amateur...

As a public person, Ridley did not care much about his image. He did not mince his words in media interviews. He launched and defended the hugely unpopular poll tax, saying 'why should a duke pay more than a dustman?' His ministerial career ended in resignation after a similar gaff. In an interview for the Spectator he described the European Community as 'a German racket designed to take over the whole of Europe'. But some colleagues had kind words for the maverick minister. He was, said some at the time of his death, respected and liked by his junior ministers and civil servants. He would, they said, give them credit for successes and shoulder the blame for failures.

Nicholas Ridley married the Honourable Clayre Campbell in 1950 and had three daughters. The marriage was dissolved in 1974 and he married Judy Kendall in 1979. A heavy smoker, he had been ill for some time when he died on 4 March 1993.

See:  Obituary of Nicholas Ridley in the Indepentdent March 1993

See:  Margaret thatcher Foundation - An option for the Falklands (visit by Ridley & leaseback)

See:  Margaret Thatcher Foundation - 'Commons is united by suspicions of Ridley intentions on the Falklands'

Nicholas Ridley 'My style of Government - The Thatcher years';  Hutchinson; 1991