Swedish botanist, was born on 1 December 1880 in Karlshamn, Sweden and had his early schooling there.

His father was a schoolmaster but died when Skottsberg was 6 years old, and a few years later, the family - mother and four children - moved to Stockholm. After high school in Stockholm he went to university in Uppsala and obtained his PhD in botany in 1907, becoming an assistant professor there the same year. 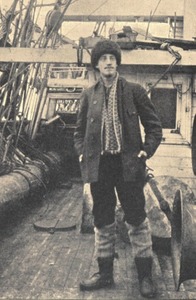 In 1919 he became professor in Gothenburg and later, in 1934-35, at Yale University in the United States. He was awarded an honorary PhD by Montpellier University in France in 1959.

He participated in the Swedish South Polar Expedition of 1901-1904 together with Otto NORDENSKJÖLD and CA LARSEN and established his first contacts in the Falkland Islands then. This was useful to him during the Swedish Magellanic Expedition 1907-1909, which he led, when he was able to visit many of the outlying islands in the Falklands to study plants and mosses. 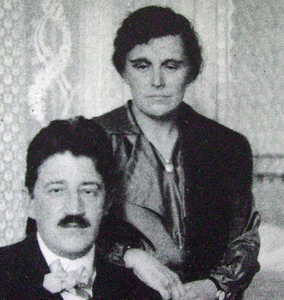 His studies of the vegetation and plants of the Antarctic, sub-Antarctic, South American and Pacific areas have been internationally recognised and have led to a revision of the classification of these plants, emphasising the problems of island plants. 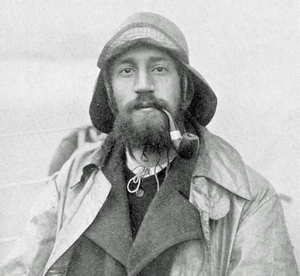 Photograph from 'In the wilds of...

During his career he published and was involved in many articles and books including Two Years in the Antarctic (1904), The Wilds of Patagonia (1911), and To Robinson-Island and the End of the World (1918). He was deeply involved in the publication of The Life of Plants (1932-40, 5 volumes, of which he wrote most of vol 5, introducing a new classification for plants).

Skottsberg had three children and he has been described as a good family father except when he was involved in organizing, reading, writing or travelling; things he was almost constantly doing!

Editorial comment (1):  From Skottsberg's obituary published by the The Royal Society:

'Carl Johan Fredrik Skottsberg was elected a Foreign Member of the Royal Society in 1950 when he was in his seventieth year. But if this and other international recognition came late in life it was amply manifest during the last three decades of his career. 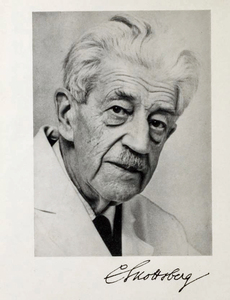 At the time of his death he was an Honorary or Corresponding Member of no less than 31 Scientific Societies of America, Argentine, Chile, Czechoslovakia, Denmark, England, Finland, Germany, Hawaii, Holland, Japan, New Zealand, Norway, Spain, Sweden and Poland.

He was born on 1 December 1880 at Karlshamn, in southern Sweden, where his father, Carl Adolf Skottsberg, was Rector of the Boys’ School. His mother was Maria Louisa Pfeiffer.

The boy matriculated in 1898 and, at the age of 18, entered as a student in the University of Uppsala where he graduated and obtained his Doctor’s Degree at the age of 27.That he was already highly regarded can be inferred from his appointment, in July of the same year, 1907, as a Lecturer in the University.Two years later he became Keeper of the Herbarium at the Botanical Museum of Uppsala. 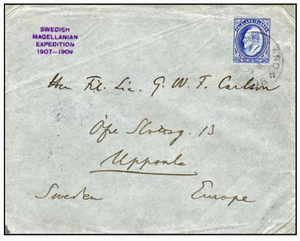 Expedition letter from Skottsberg to...

In 1901-1904 he had accompanied Professor Nordenskjold, as botanist to the Swedish Antarctic Expedition. In the years 1907-1909 was Leader of the Swedish Magellan Expedition to the Falkland Islands, Tierra del Fuego, Chile, Juan Fernandez Islands, Patagonia and South Georgia.

These expeditions not only established his reputation as a taxonomist but initiated his abiding interest in problems of geographical distribution, especially in relation to the Pacific region.'

'At Punta Arenas, in southern Chile, there is a botanical garden named in honour of one of the world's greatest botanical explorers. The Jardin Botanico “Carl Skottsberg” was founded in 1970, just a few years after the death of the Swedish botanist Carl Skottsberg (1880–1963). Early in his career, Skottsberg took part in a Swedish expedition to Antarctica where he studied the vegetation on islands off the Antarctic coast. A few years later he led an expedition to study the distribution of plants in Patagonia, Tierra del Fuego, the Falkland Islands, South Georgia, and the islands of Juan Fernandez, which are much farther north, at latitude 33.25°S'. 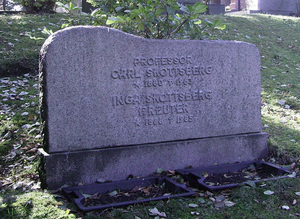 He is buried at Östra kyrkogården in Gothenburg

Carl Skottsberg; The Wilds of Patagonia; 1911