The Tabaris Highlanders were a group of volunteers from the Anglo-Argentine community who arrived in Stanley shortly after the beginning of World War II, intending to assist in the defence of the Falkland Islands in the event of an attack by the German Navy. 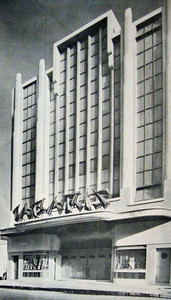 482 A Buenos Aires nightclub, infamous in...

They had responded to much worrying comment in the Argentine press at that time on the possibility of German warships blockading transit through the Cape Horn route to Australia, New Zealand, and the Far East. Most Highlanders were either ex-regular soldiers or OTC members (according to one version), or former and practising rugby players (according to another).

From the colonial secretary's files in Stanley we know that when the group (33 in all) arrived in the Falklands on 27 September 1939, six were rejected on medical and other grounds and returned to Buenos Aires almost immediately. Unfortunately, the 'commanding officer', a Major Morrough, was one of those rejected. 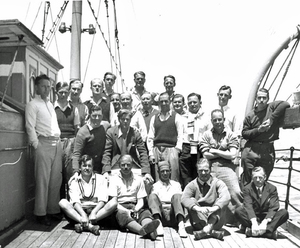 The Tabaris Highlanders en route from...

The remainder were enrolled in the FIDF, with Ronald Campbell made sergeant as their group commander and Thomas Dawson Sanderson as corporal.

They left the Islands on 8 December 1939, once the immediate danger of attack from German raiders was judged to have receded.

It was no slouch time for the Highlanders: they were digging gun pits, embankments, and protection of every sort from a possible German naval attack. While they were only in the Islands for just over two months, 22 of them applied from Stanley to join the British forces.

Sanderson was president of the Argentine Rugby Club, and a general sportsman with a handicap of 2 in golf. He remembered a difficult moment receiving a formal invitation to go to a function at Government House where formal dress had been stipulated. He called the governor and explained that regretfully the volunteers had not come the Islands to be entertained and so had not brought the appropriate dress for the occasion. The invitation was cancelled. 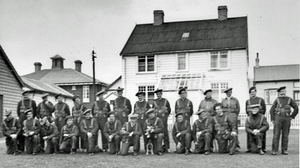 The Tabaris Highlanders in front of...

'Tabaris Highlanders' was surely an ironic name, derived from a Buenos Aires nightclub infamous in the 1920s and 30s for the amount of money spent there by estancieros and businessmen on girls, wine, and betting. It did not have a particularly savoury reputation and was not considered a respectable place for women. Although most of the 'Highlanders' were familiar with it, their wives were not.