Spanish naval officer, was born in Montevideo on 2 December 1763.

He joined the Cartagena college of midshipmen in 1778 and on graduating he took part in the war against Britain , during which he was present at the capture of Minorca and took part in the blockade of Gibraltar. He was part of the escort of a convoy to Río de la Plata in 1783-4 and next sailed round the world in the frigate Astrea, under the command of Alejandro MALASPINA . This led to his selection as a sub-lieutenant for Malaspina's voyage to the Pacific . 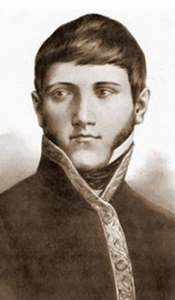 On the expedition's return to Spain, he served in the Pelayo in the war against France. In 1796 he was promoted junior captain in command of the Descubierta to carry mercury ores to the River Plate, where he was attached to the naval forces on that station. 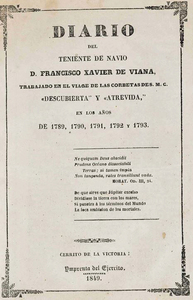 From there, in 1798 and again 1800, he was detached with his ship to the Falkland Islands to act as comandante gobernador or commandant of the Spanish settlement at Puerto de la Soledad (Port Louis). On 13 November 1799, during his preparations in Montevideo for his first tour of duty at Puerto de la Soledad, Viana reminded Viceroy Marqués de Avilés that Luis de MEDINA Y TORRES, whom he was to relieve, had included two spare anchors, 120 fathoms of cable and a hawser, in his requirements for provisions and stores. While assuming that this equipment would be provided before the Descubierta sailed for the Falklands, Viana informed the viceroy that it was on sale in the market at Montevideo adding that it was essential for the safety of the ships stationed in the Falklands but also, as experience had shown, it was needed to enhance their ability to render help in emergencies to Spanish ships of the Lima trade, which were often obliged by stress of weather to seek refuge in Puerto de la Soledad. On 28 November Avilés ordered that this equipment should either be supplied to the Descubierta from the royal stores or purchased for her in the market at Montevideo.

In 1801, after leaving the Descubierta, he was a member of the commission charged with fixing the borders between Spain and Portugal. In 1804 he was appointed sargento mayor of Montevideo and in 1806-7 he took part in the defence of that city against the British.

In 1811 he joined the revolutionary army against Spain with the rank of lieutenant-colonel and the same year he was promoted colonel in the garrison of Buenos Aires, later being promoted to the army rank of brigadier-general.