midwife, was born in Swindon, Wiltshire on 7 September 1904. Her father was a railway engineer and her mother the headmistress of a private school for girls in Swindon. She trained as a nurse at St Thomas's Hospital London, going on to private nursing, and later it is believed she nursed soldiers at Bagshot. In 1930 she became a certified midwife. 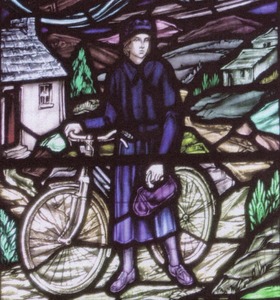 On 13 October 1933 Mary arrived in the Falkland Islands on the SS Lafonia to take up the post of sister at the hospital, a post she held until her promotion to nurse matron on the 5 July 1935. She resigned from this position in 1937 prior to returning to England to marry Duncan Russell Watson (1880-1959). Her husband was born at Camilla Creek on 16 August 1880. He became a leading light in the volunteer/defence force, serving in World Wars I and II, and rising to the rank of captain. He was adjutant to the FIDF and was awarded the efficiency decoration in 1947. In December 1950 he was appointed honorary consul for Chile.

Duncan Watson was married twice: to his first wife Katherine Yule in July 1922; she died in 1934. He then married Mary Hill on 1 April 1937 in Swindon. In later years he suffered a prolonged illness but he survived his wife by one year. On her return to the Falkland Islands after her marriage Mary continued nursing, acting as relief matron. She worked with a specialist on the tuberculosis eradication programme, nursing many victims tirelessly, visiting some twice a day, going in and out in all weathers and at any time day or night on her bicycle. Government eventually provided her with a motorised bike, but she never got the hang of it on the pot-holed roads. She was a skilled, caring and dedicated nurse; nothing was ever too much trouble. Her sense of humour and news of daily events were eagerly awaited by her patients who looked forward more and more to her daily visits. She was respected and loved by both young and old. 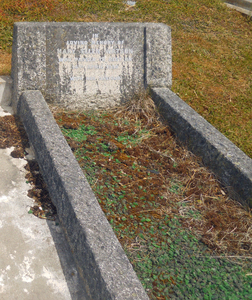 Another involvement in her life was the Girls' Brigade; she was also an avid stamp collector, loved her books, poetry and good music. Religion was an important part of her life and included teaching at Sunday school every week at the Cathedral. She had no children but adopted the daughter of a dying friend, Marie Heather Valerie Wood (b1941).

Mary Watson's hard and dedicated work, nursing an ailing husband eventually affected her health and she died at the early age of 53 from congested heart failure and hypertension. So highly regarded was she that a stained-glass window was placed in Christ Church Cathedral in Stanley in her memory - one of the few stained glass windows anywhere in the world to feature a bicycle. This was organised by Bishop EVANS and her adopted daughter's father while, Betty, wife of Sydney MILLER from Roy Cove, organised the collection for the plaque on the south wall of the Cathedral.

Accompanied her husband who served as Admiralty Marshal to the Falklands for six years.