whaling manager, was born on 4 June 1892 in Melbourne, Australia. He was the middle child of Captain Isaiah Watt of Aberdeen, Scotland and Adeline Langford of NSW. When Captain Watt retired from the Coldstream Guards in 1901 he took his family to the Falkland Islands where he was employed to train the FIVF and act as clerk to the colonial secretary. 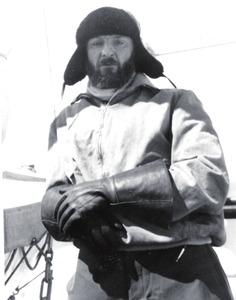 Norman spent his formative years on the Islands being taught at Stanley school where he won a prize which was to change his life. It was a book entitled Under the Double Eagle about old time whaling and it lit a fire which was to burn for the rest of his life. His formal education ended at 13 and at age 17 he became junior clerk to the colonial secretary. One of his jobs was to type government regulations relating to whaling which the colonial secretary Vans BEST was drafting. He was a precocious child and would often abscond when the whaling fleets were in harbour, row out to the ships and invite himself onboard. When he returned several hours later he would find the CS angrily waiting for him. He would present his notes made while on the ships and find himself without punishment. It became a regular exercise to visit the whalers and keep the CS updated with what was going on at sea.

Watt was an accomplished musician, having learnt the violin as a child. He became leader of the FIVF Brass Band and taught himself to play all the instruments so that the band could play in the parades even if a member was ill. 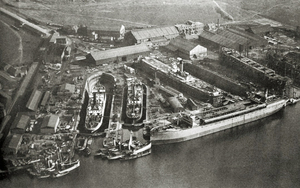 In 1913 Watt became postal clerk in Stanley. A year later he became deputy collector of customs and deputy postmaster at the new whaling station on New Island. In 1915 Watt was instructed to sail to Stanley and help in its defence. This he promptly did and then tried several times to get permission to return to England. He finally took passage on a passing whaler but was unable to say goodbye to his friends lest the authorities remove him from the ship.

Once in England he joined the Royal Naval Volunteer Reserve as a pilot in the RNAS. He was an undistinguished pilot and his service record states that he suffered from 'air sickness'. Family legend has it that he flew a plane which was still under repair and survived the consequent crash with only a concussion. He was nursed by Dorothy Reid who was to become his wife. They married in 1917 and had two sons, Peter, (b1919) and Paul, (b1921).

In November 1919 he started working as a manager for the Southern Whaling and Sealing Company, which was taken over by Lever Brothers that same year. Based in Cheshire, he would accompany the whaling vessels to the Falklands every few years to keep abreast of changes in the industry. He continued to work for Unilever until his retirement in August 1940, having risen to the position of Shipping Director.

After World War II he farmed in Sussex raising Ayrshire cattle. At the end of the 1950's he retired and both he and Dorothy moved in with their youngest son Paul in Gillingham, Kent. There they lived out the rest of their days; Watt died in March 1961 and his wife in August 1966.